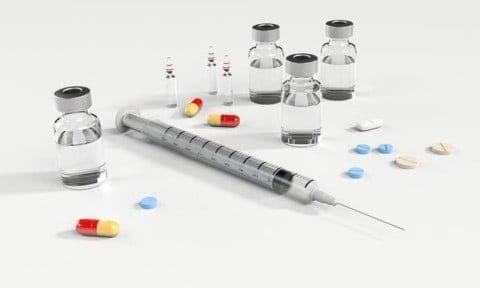 A vaccine is a “biological preparation that provides… acquired immunity to a particular disease.” According to “Vaccine Basics,” vaccines are made up of small amounts of dead or weak germs and prepare your body to fight those same illnesses more efficiently. Many individuals stand against immunizations, as they fear severe consequences from questionable ingredients. They claim that individuals should naturally be able to fight disease on their own, rather than voluntarily putting foreign chemicals into the body. However, there has yet to be concrete evidence supporting the downsides of immunizations.

In the article I read about vaccinations, I learned that vaccines are highly controversial as they may be the difference between health and failure to thrive. According to the Centers for Disease Control and Prevention, kids aged 0 to 6 are recommended to receive 29 doses of 9 vaccines plus the annual flu shot each year after the age of 6 months old. While public schools require children to be vaccinated, most states have medical and religious exemptions for those who wish not to be. Many people believe that the government should not interfere with medical decisions, and are afraid that vaccinations contain potentially harmful ingredients that are linked to severe conditions such as autism, diabetes, learning disabilities, and more.

Perhaps the most substantial argument supporting vaccination is that immunizations protect others and future generations. While individuals may not agree with getting vaccinated, not enough evidence exists to prove that they are more harmful than helpful. Vaccines prevent disease from spreading rapidly and ultimately protect the health of generations to come. Vaccinations have also shown to save money over time by boosting immune systems. Doing so prevents a great deal of potential illness and ultimately saves limited resources. While arguments exist to support not getting vaccinated, they are not strong enough to counter the benefits of immunizations.

Emma,
This essay is very fascinating and thought-provoking. I enjoyed reading it because I feel like I became better informed after finishing it. I think it is great that you present all different perspectives in regards to vaccines. You mention that “not enough evidence exists to prove that they are more harmful than helpful”, however I think you could maybe elaborate more on that. I think you may find his article helpful in doing further research on the pros and cons for vaccinations: https://www.solvhealth.com/blog/pros-and-cons-of-vaccines. It includes the side effects, who should get them, what’s in them, and more. I look forward to reading more from you.

This is quite an interesting article Emma. I find your dissection of both thee perceived pros and cons of vaccination very informative. That being said, I think that you could include statistics that disprove the claim that that vaccinations can cause things such as autism. You simply push it under the rug, but if you were to use the AAP and CDC’s extensive study on the effects of vaccinations you could more easily combat it. More information on that can be found here:
https://www.healthychildren.org/English/safety-prevention/immunizations/Pages/Vaccine-Studies-Examine-the-Evidence.aspx