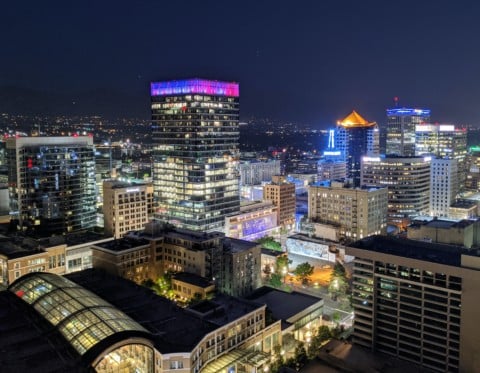 On March 12th, 2015 Governor Gary Herbert signed “The Utah Compromise,” an anti-discrimination law that would protect people in the LGBTQ+ community in regards to employment and housing. With this law passed, a business would not be able to make employment or housing decisions based on a person’s sexual orientation or gender identity. But critics were soon to call this law “a trojan horse for the religious right’s agenda.” Included in this law were exemptions for religious entities, religious affiliates, and even the Boy Scouts. To many people, it seemed that this bill being passed was a “one step forward, two steps back” situation. But not everyone had the same take on this bill being passed in Utah. Troy Williams, Utah’s Executive Equality Director, explains that when taking into account the religious influence on Utah’s politics, this is law is generous and a start in the right direction.

Although Utah’s effort to end discrimination against the LGBTQ+ community is noted, this did not stop the discrimination within the government itself. In November of 2015, just seven months after the Utah Compromise was passed, a Judge in Price, Utah ruled that a foster child be taken away from her lesbian foster parents. The New York Times article written on this event, “Utah Judge Withdraws in Lesbians’ Foster Case,”  shares Judge Johansen’s opinion: “It is not in the best interest of children to be raised by same-sex couples.” Although Judge Johansen withdrew his ruling due to national scrutiny, he set up another court date a month later to evaluate the situation again.

Dear Alyssa,
I agree with your post “Utah Backtracking after pro-LGBT Law Passed”, because sometimes it seems going forward is going backward. It seems as if instead of moving forward creating new laws its shown instead that

One sentence you wrote that stand out to me is shares “Judge Johansen’s opinion: “It is not in the best interest of children to be raised by same-sex couples”. Its quite shocking they would take a child away from a possible loving couple. The fostercare system is overcrowded and families don’t come everyday to adopt a child.

Thanks for your writing. I look forward to seeing what you write next, because I believe it is important to be informed in these acts especially when we are moving backwards and not forward.
Aaliyah