Using Our Freedoms for Equality

Home Using Our Freedoms for Equality 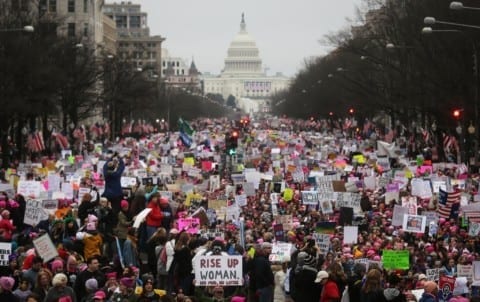 Despite the divides in America, there are still shared values that can help us come together and create a better space for everyone to strive. The most important values in America are freedom and equality. As Americans, we have come a long way to help ensure everyone freedom and equal treatment, but there is still a lot of improvement that can be made. Many Americans still fear for their lives and are concerned for their rights. There are still many instances where opportunities might not be the same for everyone, which is one way we can improve the equality that our country stands for. We want people to feel capable of achieving their dreams in America. Of course, that comes with a lot of responsibility and hard work.

In America, we have freedom of speech, religion, press, assembly, and the right to petition the government. We are responsible for exercising these freedoms if we want to see change in our country. It’s obvious that it’s happening in our country right now. In an interview from The New York Times, teenagers were asked, “What does America stand for?” One of the teenagers, Cate, acknowledges people exercising their rights saying, “In some ways this country has really been living up to its American values by assembling, by using our freedom of speech, by marching, by protesting, by calling our senators, by becoming involved in government” (North 3:33 – 3:54). She brought up how people all across America march and protest to get involved. Many of these demonstrations have to do with equality and justice, such as the Women’s Marches and the Black Lives Matter protests. No matter where you stand politically, we should all agree that there are freedoms we need to exercise.

Freedom gives us the opportunity to speak up when something isn’t right, to practice religions freely, and to communicate our ideas with people. If you ever feel like there is injustice, you should speak on it. In Eleanor Roosevelt’s book, You Learn by Living: Eleven Keys for a More Fulfilling Life, she says, “Freedom makes a huge requirement of every human being. With freedom comes responsibility. For the person who is unwilling to grow up, the person who does not want to carry his own weight, this is a frightening prospect” (Roosevelt 76). Change doesn’t come easily. It takes a lot of determination and perseverance for one person to stand up to either start or join something. This ties in with another quote from her saying, “It is not fair to ask of others what you are not willing to do yourself.” You can’t expect change when you are not making yourself a part of it. America has promised us these freedoms, now it’s up to us to promise to use them.

From the beginning, we were told that we are all equal, but not everyone followed through with that statement. Still today, people aren’t seen as equal in the eyes of many politicians and citizens. Our nation was founded on this principle, so why is it that there are groups of people who are treated differently, and might even have rights taken away from them? In the book, American Ways: A Cultural Guide to the United States of America, we are reminded that, “Americans have a deep faith that in some fundamental way all people are of equal value, that no one is born superior to anyone else” (Althern and Bennett 24). However, there are many people in America whose actions do not reflect this statement. Too many people see themselves as better than their neighbors. Others might be against certain rights for different people. What are they so worried about? Someone else’s rights won’t infringe on your own rights.

We shouldn’t settle until everyone is treated equally. Mahogany L. Browne touches on this feeling in her poem, “When Fannie Lou Hamer Said.” She proclaims, “Equality will cost you your luxurious life, If a Black woman can’t vote, If a brown baby can’t be fed, If we all don’t have the same opportunity America promised” (Browne 0:15 – 0:25). She says this because it isn’t always easy to reach certain goals, but when people devote their time and energy, a movement can become more powerful. Movements are created all across America, for anyone to join, to push for equality. That type of unity created across America shows that there are still American values that we haven’t ignored.

We can’t lose sight of all the values in America that make this country what it is. Freedom helps us continue to grow, and the goal of equality allows Americans to live their best lives.  Along with being equal, we need to support each other in fulfilling our dreams. We are a country of immigrants. Many immigrants come to America to make a better life for themselves. We need to be the America that can guarantee that. There shouldn’t be anyone trying to push people out for creating a better future for themselves. We should be the America we claim to be. With these values, we can come together to help make America a better place for everyone.

Madelyn, I like how you started your essay with American values and rights. I agree with you that rights are not necessarily equal as we are told. Fighting for equality until we attain unity as a country is crucial. Additionally, I like how you referenced multiple sources throughout your essay. Thank you for your writing, it was a good read.

This was a great essay to read. I liked how you mentioned that Americans share values so that we can make it a better place for everyone. I agree with you about how everyone needs to have the same rights and opportunities to be successful in life. Lastly, I also liked the article about asking teenagers what they think, so we can see what kids think and not just adults.

In your article, I found it interesting how you brought up getting involved in our government when we’re young. The article you used from the New York Times about what teenagers think America stands for definitely made it easier to connect with the article as a whole. What you wrote about what other people our age think about freedom and equality made the article more meaningful. This also makes me wonder how young people in other countries exercise their own freedoms. Some information about this could be found in this UNICEF article: https://www.unicef.org/files/Every_Childs_Right_to_be_Heard.pdf.

In your essay I really like how you say we as Americans have shared values and want to create a better nation for us all. We shouldn’t take our freedoms for granted. Its very crucial that we create an envirnment of fairness and equal oppurtunity.