US Relationship with North Korea

Home US Relationship with North Korea 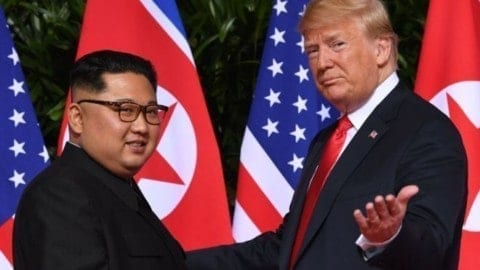 Nuclear negotiations between the United States and North Korea are becoming complicated and important. A nuclear attack would be a deadly consequence to any failed negotiations, and it is unclear what North Korea is going to do with their nuclear weapons.

Along with these unclear messages from North Korea, we also have evidence that North Korea has been testing their nuclear weapons. North Korea reported that they had conducted a nuclear test that they described as “very important” (Denyer, Joo Kim 2019). The Washington Post clarifies this by saying in their article,

“The test paves the way for North Korea to launch a satellite or intercontinental ballistic missile (ICBM) around the end of this year, experts said,…” (Denyer, Joo Kim 2019).

With all of the mixed signals and ominous reports, it’s hard to say what is going to happen next between North Korea and the United States when it comes to nuclear conflict. It’s clear that policy makers need to be more strategic when communicating and negotiating with countries such as North Korea, who are known to be dangerous.