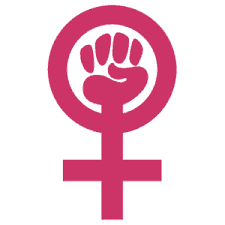 Our project was to be an upstander for different topics. We chose our topic to be women’s rights / abortion but mostly revolved around abortion. Actions we did to fight for these rights was place posters around the school to get awareness from our peers. We also focused a lot on Instagram because we received a lot of media attention from people from different places.

Something I learned as a person is to argue more for what I believe in. During this project, I felt like I was able to argue more since I was so passionate about this topic. This has gave me some more confidence because now I feel like I can share my opinion to many more.

In this project I was able to learn as an upstander by enlightening myself with women’s rights. With this knowledge, I was able to defend women who have had / planning to have an abortion. Even though that meant arguing with people only on Instagram, I was still able to fight back.

For my next steps, I would like to educate more people on abortion and specifically people who are pro-life. This is because everyone should hear our side even if they disagree. I would also like to do more research since some states are sadly banning abortion. We should definitely do more about this change since it impacts many women who want (or need) the procedure.

Some advice I would give to students who want to make a change is to pick a topic you are passionate about because it affects your motivation. For example, in our class there were people who didn’t care as much for their topic so it gave them lack of work. A piece of advice I would give any upstander is to not be afraid to argue back because you are using your voice to make a change !

First of all, I don’t think that you can really change peoples minds on this issue by arguing with them on Instagram or by just posting things in the halls. This just reinforces people’s beliefs rather than actually changing their minds. For example, if I were to tell you about the pro-life beliefs and why you are wrong here, you would likely just refuse to actually hear my points and neither of us would gain a thing. This is to not say that your project is for nothing. A lot of the time, people are uninformed on abortion and I really think that you could inform people of it so that they could choose their side based on facts, which is something that I think you did well. I think that you should also bring up all the trap and hoop laws that are harmful to those who want/need abortions because a lot of those have been universally panned as being bad things, so I think starting with something that you agree on could help to push the conversation to a more constructive and factual way.