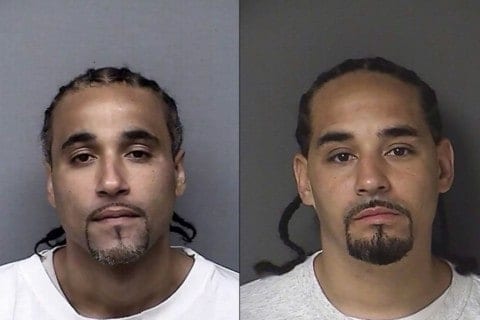 After a man accused another man of stealing his phone Richard Jones was arrested. He was sentenced to 19 years in prison and stuck to claiming that he is innocent. He was later released after inmates recognized him thinking he was another inmate Ricky amos. Both look almost exactly alike and the man who accused richard of stealing his phone could not tell which one stole his phone. He was seeking compensation for being in prison wrongfully. “$65,000 for each year of the 17 years he spent in prison for a robbery he said he did not commit, starting when he was 25 years old and a father of two young daughters.” (Hauser New York Times)  Afterwards he received a 1.1 million in settlement after being wrongly imprisoned, it’s good to see a little of good come out of this but he wasted 17 years of his life and didn’t get to see his family grow. It’s unfortunate that a situation can happen like this, and that when he came to trial the jury didn’t take his alibi and witnesses that testified for him rather than just the description and what the victim said and because he had a criminal background.

Personally I think one of the worst things is to be imprisoned for years wrongfully especially when the perpetrator looks very similar key points or evidence gets ignored when everyone is sure they have the right guy. Lucky he got a settlement of 1.1 million for 17 years of his life, I don’t fully think this is compensation enough there is a lot he missed being locked up. There must of been a lot of pain for his family knowing that he is innocent but still locked up a year after another, and to be innocent and be told your a criminal and looked at different probably was hard alone. A big part of this is that he didn’t admit to committing the crime so that when it came out that he didn’t there was no uncertainty that he didn’t do it the next time around.

Hi Asher, I thought what you wrote about was really interesting. It’s extremely unfortunate that Richard had to serve time for a crime that he did not commit and I think that the resemblance between the two is shocking. His settlement of 1.1 million for being wrongly imprisoned is really good, but it’s still sad to see that the justice system fails to look at all the evidence being placed in front of them in situations such as this. The only thing that I think would have made what you wrote better would have been if you could find information about the phone and why the stealing of this phone was so important that someone was being jailed for it. Other than that great job and it was super interesting!