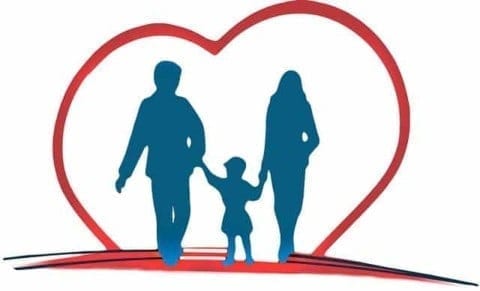 The first article I read, Universal healthcare in the US is possible. We already have proof goes over the most common arguments and addresses them. When someone doesn’t believe we can insure every single American while simultaneously lowering the costs of our current healthcare system, the author, Farzon A Navi says that the first thing to do is to point out that every other developed country in the world is already doing it. People will argue that a universal system would be impractical, overly expensive, or provide inferior care, but look at Canada. Canada is able to  provide coverage for all of  its citizens from birth to death, with no out-of-pocket-costs to any of them, all while providing “high-quality care with excellent patient outcomes” at half the cost of our system. The article also claims that, “nobody is content with our current healthcare system. We do poorly when it comes to access to care and equity, administrative efficiency and cost containment, as well as basic health outcomes”. The United States pays more than double what other countries do, and get worse results. Life expectancies here are shorter than those of any other developed nation. Children die in the US unlike in any other modern society. Medical bills are the leading cause of bankruptcy in the US. Americans are going through pain every day, and we cant be scared of lower wages for doctors or longer waiting times or loss of access to service. We don’t need to take another country’s model of universal healthcare, but it is possible to model one of our own, “A universal healthcare system is not only possible here, but long overdue”.

Universal healthcare seems more possible than ever. Recently, democratic senator Bernie Sanders proposed a universal healthcare plan. The news article, Trump: Bernie Sanders’ universal healthcare plan a ‘curse’ on Americans, explains the Sanders’ plan and the presidents reaction. Sanders revealed his ‘Medicare for All’ proposal, and President Trump reacted calling it a curse on Americans and stating that he would veto as soon as he got the chance. Sanders responded, stating “No, Mr. President, providing healthcare to every man, woman and child as a right is not a curse. It’s exactly what we should be doing… What is a curse is your support for throwing 23 million off health insurance”. Under his plan, Medicare would be expanded over four years. In the first year, the eligibility age would be lowered to 55 and access opened to children through 18. The age of eligibility would be gradually lowered until the program is open to everyone. However, Sanders has offered no explanation for how the system would be paid for. It seems that many people agree that the United States needs Healthcare reform. Even President Trump said in a CBS interview in 2015, “I am going to take care of everybody. I don’t care if it costs me votes or not. Everybody’s going to be taken care of much better than they’re taken care of now.” and days before his inauguration, he told the Washington Post he wanted “insurance for everybody”, despite it being a very un-Republican perspective.

The United States has a healthcare system that as of now discriminates against the poor and leaves millions without healthcare. Universal healthcare is a potential solution to this problem, and it seems to be a very plausible thing to do. The hardest part will be getting everyone to agree on how to pay for it.