Universal Healthcare: How the US Compares

Home Universal Healthcare: How the US Compares 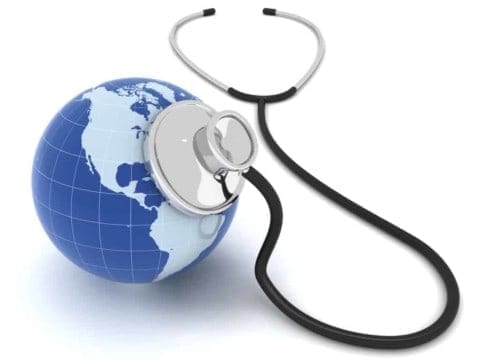 The United States spends far more on health care than other high-income countries, yet U.S. citizens have poorer health than other first-world countries (The Commonwealth Fund). In a study performed by The Commonwealth Fund, it was found that the U.S. ranks last in Access, Equity, and Health Care Outcomes, and next to last in Administrative Efficiency among the eleven countries included in the study. The other eleven countries, Switzerland, Sweden, France, Germany, Netherlands, the United Kingdom, Canada, New Zealand, Norway and Australia all provide a universal healthcare system, providing an explanation for why they are all ranked above the United States.

The United States has taken an important step to expand coverage through the Affordable Care Act. More than 20 million Americans gained insurance coverage. According to the study mentioned above, “Incomplete and fragmented insurance coverage may account for the relatively poor performance of the U.S. on health care outcomes, affordability, administrative efficiency, and equity.” (The Commonwealth Fund).

While this was a good first step towards providing universal health care, it’s not enough.

The Nursing School from Columbia University proposed a universal healthcare plan. The plan covers essential services in a model that is, “cost-effective, quality-driven and outcome-based” (American Fitness) . Evidence-based practice guidelines are used to decrease costs and increase optimal outcomes. Inpatient and outpatient care and generic drugs are covered. The plan is privately administered and based on a network model. “With emphasis on early detection and preventive care, the reduced reliance on emergency room treatments, and a reduction in unnecessary services, the plan has the potential to significantly reduce the nation’s healthcare costs” (American Fitness). This plan could be the solution to the long wait times universal healthcare countries, such as Canada, face. By focusing on preventative care, wait times would decrease, stopping the problems before they become serious.

This plan is not the only way to fix the United States healthcare problem. In the Commonwealth study previously mentioned, the three countries with the best overall health system performance, the United Kingdom, Australia, and the Netherlands have different health care systems. All three provide universal coverage and access, but do so in different ways, suggesting that high performance can be achieved through a variety of payment and organizational approaches.

The first is the Beveridge model, utilized by the UK. In the Beveridge model, health services are paid for through general tax revenue, instead of insurance premiums and the government plays a significant role in organizing and operating the delivery of health care. Australia has a single payer insurance program in which everyone is covered under the public insurance plan, Medicare. Similar to the UK, Australia’s Medicare is funded through tax revenue, however, it has less public involvement in care delivery. Unlike Australia and the U.K., the Netherlands health system relies on private insurers to fund health services. Insurers are financed through community-rated premiums and payroll taxes, which are pooled and then distributed to insurers based on the risk profile of their enrollees. All plans include a standard basic benefit package. Subsidies are available for people with low incomes and adults are required to enroll in a plan or must pay a fine. This multi-payer system most closely resembles the healthcare policy put in place through the Affordable Care Act (Mirror Mirror). While the United States doesn’t need to copy these models, these three countries are a good example of how healthcare should be provided and funded.