Unity Is The Key

Home Unity Is The Key 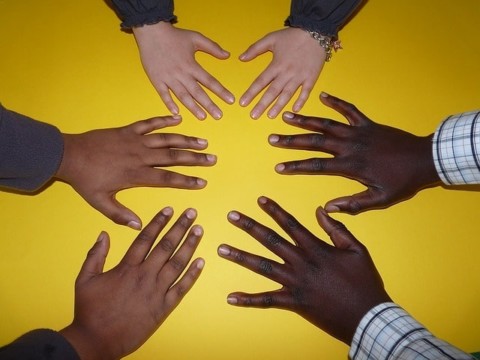 The message has been lost during this entire process with the National Anthem Protest. Some people believe kneeling during the National Anthem brings nothing but disrespect to our wonderful military and our country itself. Others believe that this needed to happen in order to bring awareness to the police brutality that still goes on in our country. When Colin decided to take a knee during the Chargers game back in 2016, many didn’t expect that it would carry over to the following year. It has now turned into something that the media feels they have to discuss everyday on TV.  Therefore the message is being lost in the wind. Instead of trying to fix the problem, the president feels no NFL player should be able to take a knee during the Anthem. I feel we should all take a different approach to help solve the problem. we should all come together in unity because together we stronger. If we let this situation divide our country anymore than it has already done it will draw us further apart for the real problems in America. Safety Malcolm Jenkins is a perfect example of someone who is trying to unify all of the players in the NFL. Instead of just kneeling Jenkins is taking steps toward bringing everyone together. Tuesday October 18th NFL players and owners had a meeting about the National Anthem Protest. There wasn’t any moves made to change anything, but it’s good to see they are making progress and this was all set up by Malcolm Jenkins himself. If we all come together as one, we should all be able to find a solution to the problems in America.

Hi David. Nice post! When addressing someone for the first time in your article, you should address them by there full name. Just saying Colin, can mean anyone. I also totally agree with how the kneeling message is being lost.