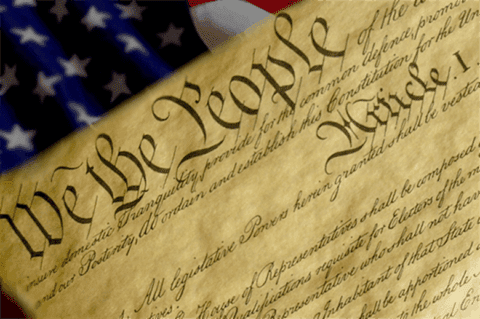 Unity is a significant value to an American because unity holds our country together.  As a united country we survived the Great Depression, defeated slavory, and pulled through 9/11. We are tough, we got through it and without being united after those hard times United states as a nation would crumble apart.   Our country is, after all, named the United States of America. In Mcamey’s article  “What Does It Mean to be an American,” they expand on unity saying “Unity doesn’t mean everyone should have the same culture. America is beautifully diverse. Being unified is simply being able to come help each other out.”(McCamey) This unity makes America stronger not only as a nation but more importantly as a community.

Improvement is an important value to Americans because we know that no matter what we do,  America will never be perfect. The forefathers who wrote the constitution of America, one of America’s most important documents knew this when they wrote “ in order to form a more perfect union.” (The Constitution of the United States)  They did not say a perfect union rather, “a more perfect union.”(The Constitution of the United States)  They put this in there to leave room for improvement.   Konrad expands on this idea of improvement by saying, “When looking back on the atrocities in our country’s past, you would conclude that Americans aren’t perfect. But Americans are humans, and no human is perfect. We cherish our values and ideals, and even fight to the death for them. America was founded on the hope for a better way of life, and the hope for a society built on the principles of justice and equality” (Konrad)   Yes, America isn’t perfect but its never ending goal of improvement makes it as perfect union as it can be.

For these reasons these values set America out from all other countries.  These values of unity and of never ending need for improvement Americans have both now and in the past, make America the strong country we are today.  Although these are not the only values that make up an American, these values are the most important.   So thank you all Americans for staying united and open to improvement in the past, and let’s hope we can do the same in the future.

How Workers Can Help Defeat a Trump Coup – Radio Free

[…] to resist such a coup. It includes the Sunrise Movement, March For Our Lives, Dream Defenders and United We Stand–groups that have played a leading role in mass youth mobilizations for climate protection, gun […]

Hi Jack, I really enjoyed reading your post. I agree that being united doesn’t necessarily mean that people will have the same culture. Instead, it means helping and supporting each other. I do think that it has been a struggle for America to maintain unity. Discrimination is still a problem today and has been for a long time. I hope that the never-ending need for improvement, which you stated, can help fix these issues. I think you should look at this article that talks about popular sovereignty, which connects to the idea of improvement because it mentions that if a government is not protecting, then it should be removed from power by the people being governed (Kelly).

Hi Jack, I really appreciate your outlook on what it means to be American. I do however have a question about your stance on unity in this country. As talked about in this article around political polarization, Americans are more divided than ever about which political stance they take. Along with that we’ve already had a civil war that divided the country in two. So I was just wondering what you have to say about the seemingly unmendable divide in this country’s politics.

I agree with what you said, that’s where the never-ending improvement comes in. We might not be as united as we have been in the past but that doesnt mean we can’t change that. My hope is in my lifetime that America will come back to its united roots we had in the beginning.