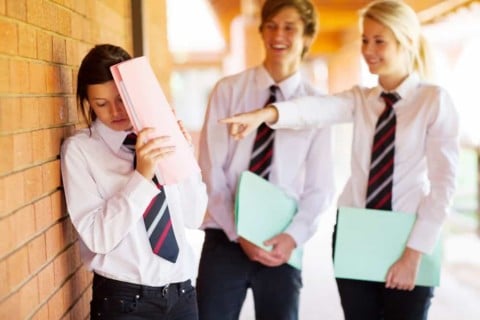 An article produced by CNN states that “A Colorado third-grader was suspended after shaving her head to show support for a friend battling cancer, because she’d violated her school’s dress code banning shaved heads. Her parents expected the school to make an exception for such a brave display of sympathy. This shows that even when we are trying to show support for our peers, it is still unacceptable because it is against the school policy.  The American Civil Liberties Union says the Supreme Court has affirmed students’ rights to express their opinions, as long as they don’t “materially and substantially” disrupt classes or other school activities. But it warns on its website that it won’t always win a dress code debate: “If you think your school’s dress codes and hair codes are unfair and you want to challenge them, be aware that a court probably won’t overturn the codes unless the judge finds that they’re really unreasonable, or that they’re discriminatory.”

A psychologist at the University of Technology Queensland observed how some schools whether private or public required girls to either wear skirts or dresses. “she said some schools were more likely to promote skirts and dresses as part of the uniform because girls “look better in them.” She stated that parents really have no clue what is going on and that there is an inherent sexism involved. Also, the girls feel restricted when they are in their uniform because the dresses prevent them from interacting in the sports and activities they want to do. A former student that went to that high school explained that wearing a skirt everyday to school made her feel disadvantaged. She has stated that “It’s also a constant battle about the length of skirt between teachers and students, which wouldn’t be a problem if we were given more of an opportunity to wear pants and I think it’s a worry because other people can see up your skirt while walking up stairs, which could easily be solved with pants.”

Brooklyn,
We should be able to have the right to express ourselves and School systems are making it difficult for us to show affection to each other. Without support we will continue to be curl when one is trying to bring on a change. I really appreciate you making this post to inform everyone about this.

Brooklyn,
School uniforms can be bad but they also have many positives. The examples you have stated sound awful. Students should be allowed to have any hair style they want or color for that matter. Even so, I believe there should be uniforms. Right now there aren’t enough regulations teachers are allowed to go through with. Male teachers refrain from telling female students their outfit is distracting because it could be taken as sexual harassment and schools may feel they don’t want regulations because it could be taken as sexist because often these regulations are entirely or mostly on girls. Truly I think it’s the opposite. Society has forced women to believe that dressing provocatively is good, it’s recommended. My friends make fun of me if I wear anything sort of revealing because I’m so against some of the outfits allowed. I think women often forget that unfortunately our society sees one person in a group and claims it must be the whole group. When some women decide to outfits that are explicitly chosen to be sexual it can demean other women. I’ve heard arguments that say that my idea is sexist but, truthfully, society isn’t changing for us in the way we want and so sometimes we have to change to get what I think most of us want, to be taken seriously. It’s unfortunate that we have to change what we wear to do this, but I’d rather wear jeans and a t-shirt than be sexualized at school. Your example of girls having to wear skirts is wrong. People shouldn’t be forced to wear something because “it makes them look better”.
This is a large topic and I could go on for a while. The last thing I want to say is that schools with uniforms have less of a problem with bullying because of wealth. If everyone wears the same thing then no one is left out of trends or the latest style. I hope this has helped.

Brooklyn,
the topic of school uniforms and dress codes is a very big, though its not one that is talked about a great deal. I think it should be talked about more because of how little it is talked about. I also can see the sexist points as it makes no sense for a girl to have to wear a skirt/dress to look good, when pants are functional and they can look good. I found an article that talks about the good and the bad of the dress code, https://www.tweentribune.com/article/teen/dress-codes-good-thing-or-bad-thing/. Thank you for sharing this and I hope to read more from you in the future.