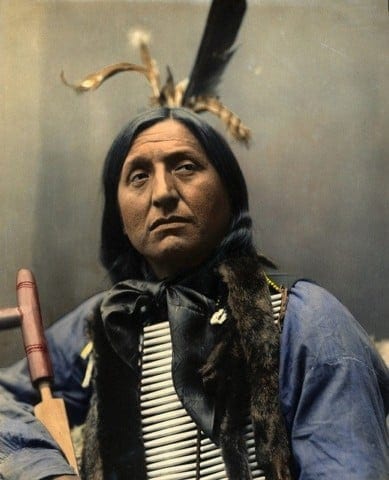 The image displays a descendant of native Americans protesting against how the country always uses their culture and the history behind it as a mascot as if its a joke appropriating their culture and using it as to promote games and even in Halloween as well . They are not mascots they are and where a generation who were slaughtered for the benefit of this country and the woman in the picture is protesting against it , they are not to be used as mascots but rather be respected for their history  .

My position is that i agree with her , it is not fair how their culture gets appropriated and joked around when they should be respected equally as any other even more , they are not to be used as mascots for any other reason if its not to bring awareness to their history and for the benefit of the survivors/descendants