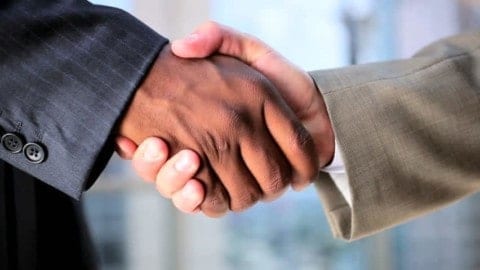 Due to people’s different views it is hard to see what the other side feels. People can try to reason and guess what a person with a different view is thinking, but their own biases and views can get in the way. Often times trying to understand the opposite views fails because people believe so strongly in their values. Discovering the reasoning behind the opposite side’s views can help people understand, but it also shows just how different people’s values can be. Pieces of writing like Christian Picciolini’s Romantic Violence, Martin Luther King’s I Have a Dream speech, and Nora Ephron’s Wellesley commencement address are important because they help show different views on the world.

Women’s rights are a topic that have been fought over and debated for many centuries. Nora Ephron detailed women’s struggles and how they have come a long way, but still have a ways to go in her commencement speech to the class of 1996. When she was in college women could get a college degree, but it was more to use in conversations than an actual job. Times have changed a lot since then and women are able to get all sorts of jobs and further their education. Her speech shows a completely different view of the world than Picciolini’s book or MLK’s speech. It was similar to MLK’s speech because both are fighting for rights, but it is still very different. However, reading her speech gave me more insight on how women were and are treated. Personally I have not experienced discrimination due to my gender, but I know that there are many women out there who do. Being able to read about their experiences gives me more knowledge on how women are fighting for their rights and are being treated.

Martin Luther King’s speech I Have a Dream shows a very different view than Picciolini’s. Wanting an equal world for black people, he proclaimed his dreams and hopes for the future. Many schools have their students read this speech, however reading about other views too is important. Picciolini’s book was a darker view on the world, but it is just as important to read. The 1950s and 60s were full of debate about the Civil Rights Movement. Different groups were clashing and it was a big moment in American history. To really understand the Civil Rights Movement, one has to read about all of the different sides. Many groups during the Civil Rights Movement peacefully protested. They had limits to what they would do to fight for their rights while other civil right’s groups had no limits. I am of Asian descent so I have not experienced racism. Most likely I never will because I am from a middle-class family and I am Asian. Some Asians may experience racism, but black people have dealt with it for centuries. Since I have no way of knowing how it feels, I read and learn about racism to best understand what black people have to go through.

To achieve their goals and spread their values, extremist groups will do almost anything. This is the groups’ commonality, their strong desire to fight for their causes and goals. However what they are fighting for, what they value, is completely different. Extreme right groups believe that white culture is supreme and should be held higher than others. On the other hand radical left groups want equality and inclusivity as fast as possible and using any means possible. In the late 1900s skinheads were a prominent white supremacy group. Wanting minorities out of their country and having whites be superior, they fought for their beliefs. Picciolini was one of these skinheads, eventually even becoming a prominent leader. Due to my differing views, I never quite understood how extreme groups thought. However reading Picciolini’s book gave me an idea of how one thinks. White supremacists believed that minorities came into their neighborhoods, dealing drugs and raising the crime rate. White people worked hard all day and paid their taxes which the minorities then took in the form of welfare without having to lift a finger. Minorities were responsible for all of the bad things in life. If they weren’t there then everything would be okay. It was quite eye-opening to see the reasoning behind his action and read about his experiences from his view. I’ll never completely understand how a skinhead might think, but now I have an idea at least.

Bernie Sanders gave a talk at Liberty University back in September 2015 to students whose views differed widely from his. However Sanders didn’t let that stop him because he believes in “civil discourse,” being able to civilly debate with people whose views may be very different from yours. People yelling, shouting, and fighting about their different political views is common nowadays. However being able to sit down and have a calm debate about politics is becoming rarer and rarer. It is extremely hard, but it is possible and can make a world of difference. Sanders said, “But it is harder, but not less important, for us to try and communicate with those who do not agree with us on every issue. And it is important to see where if possible, and I do believe it is possible, we can find common ground.” Finding that common ground can be the start to a civil discussion regardless of your different views. You would be surprised at the topics on which you may have the same views, but you will never know if you don’t talk to them. It can also show you a different view of the world, one that can be harder for you to grasp. People have different opinions, thoughts, and views which can make it hard to try to think like someone else. However being able to think like someone else can help you better understand them and the world around us.

King, Martin Luther. “I Have a Dream” March on Washington for Jobs and Freedom, 28 August 1963, Washington D.C. Speech. https://www.archives.gov/files/press/exhibits/dream-speech.pdf

I feel that you have articulated your thoughts about this subject quite nicely here. The way you handled this is excellent; you did not allow any biases, political or otherwise, to penetrate this article. Instead, you took a position of genuine neutrality, and delivered your message in a clear manner.

The subject that you tackled here is far from easy! I know that when I have written my own articles, for either YouthVoices or other places, I have become impassioned quite quickly in writing them; this piece that you wrote, in total honesty, was a solid reminder to not allow politics to be everything. Personally, I am a very strong advocate of anarchism; as such, I typically am not much of a fan of anything that Mr. Sanders says. Your inclusion of his quote on finding common ground, however, helped me to do just that: find common ground with my opponent. Reading that quote brought me a little bit closer to my political enemies, and I thank you for it.

It is also good that you included the view of both those that feel racially oppressed and and one of the racists that perpetuates those feelings. Though I cannot truly empathize with the feelings of Mr. Picciolini (nor understand just how Mr. King felt during his times, as I am quite white), this essay led me to dig a little deeper into both sides. Though I cannot condone the sentiments and practices of Mr. Picciolini, I now understand from where he comes. It also served as a fresh reminder that the time when Mr. King and the African-American people as a whole were oppressed was not so long ago, and should not be forgotten. We already are beginning to see the seeds of those days being forgotten in our country; let us hope to create a peaceful dialogue with those which whom we disagree, and help one another to understand where we stand.

You make a wonderful point about trying to understand the “other side,” or people who have different/opposite views from you. Most of the misunderstanding and fighting comes from stereotypes and polarization, like you said. I agree in the fact that it is valuable to try and understand somebody who has different views and is from a different political party, but I think that should be differentiated from outright racism and sexism. I know that people who hold viewpoints like that are not easily swayed, and sometimes it’s just best to leave it alone, but we should try and diminish these views as much as possible because it’s simply not okay. Racism, sexism, and any other forms of oppressive views shouldn’t be the social norm, but sometimes that’s just how it is in America, and I think that should change, and I think you feel the same way.