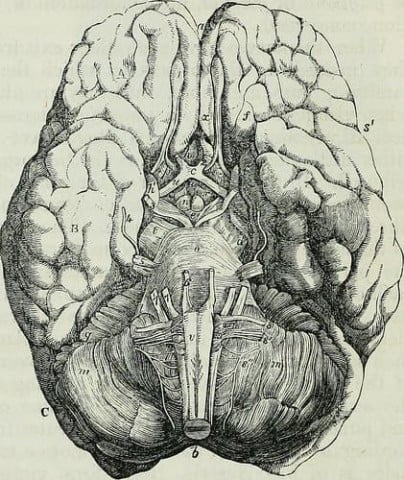 This article deals mainly with the prescription used to treat opioid addiction. The top drugs used to treat addiction all have low overdose risk and work to prevent withdrawal symptoms. The article addresses the criticism some make that using prescription drugs to treat addiction is substitution not treatment. However the top ranked drugs do not mimic the effect of opioids and some are meant to prevent the euphoria and sedation caused by opiods in hoped that it will reduce dependence on the drug. Cognitive behavioral therapy (CBT) allows addicts to anticipate and learn to respond to the many possible situation that would likely result in them relapsing. CBT is found to be effective when combined with medications described in the previous article. It was also found that individuals who had gone through CBT are more likely to retain what they have learned and maintain a healthy, drug free lifestyle.

“Here’s What LSD and Psychedelic Drugs Do To Your Brain.” Time, Time, time.com/4292298/lsd-acid-trip-drugs-brain/.

This Time article centers around a study on LSD effect on the brain lead by Enzo Tagliazucchi, who is neuroscientist at the Royal Netherlands Academy of Arts and Sciences in Amsterdam. The study tested fifteen users and examined the ways in which LSD changed there perceptions and thinking processes using MRI. Though the study primarily focuses on the analysis of MRIs on a small portion of LSD users Tagliazucchi considers the potential of LSD as a treatment for mental disorders saying.

“Instead of taking a pill every day to change brain chemistry, he says, it’s possible that psychedelics could provide a few hours to break out of constricted thought patterns. “If you combine this with psychotherapy during that window, you have this chance to reflect on things that your depression normally wouldn’t allow you to focus on,””

My interpretation of the study revealed the extent to which drugs can change the function of your brain. Tagliazucchi believes that this psychoactive drug could be a solution to serious mental illnesses be shifting your brain’s perception and processes. Though LSD is not considered a highly addictive drug and is seen is a positive solution to mental illness in this article is serve a purpose in illustrating the ways in which drugs can seriously and literally affect an addicts brain and why is it so difficult to stop.

Abuse, National Institute on Drug. “Why Do Drug Use Disorders Often Co-Occur with Other Mental Illnesses?” NIDA, www.drugabuse.gov/publications/research-reports/comorbidity-addiction-other-mental-illnesses/why-do-drug-use-disorders-often-co-occur-other-men.

Missy,
This was a really cool article. I really enjoyed the way that you wrote it and the quotes that you used where very effective. I also like the way that you look at many different drugs and the effects that each one has on your body and brain.

Dear Missy,
This blog was really informative. The message was clear in that drugs aren’t the solution to prevent other addictions. I myself am doing a project on addiction and what I’ve learned is that addiction is only a coping mechanism or side effect of a person trying to rid themselves of unwanted feelings. In my opinion if one were to rid themselves of their addiction they would only be removing the way they cope with trauma. So to get over your addiction you must focus on feeling the unwanted feelings you’ve been pushing away.
Vesna

Dear Missy,
I’m glad that you decided to write about this. This issue right here has the potential to greatly harm society. Many people nowadays use prescription medication or other drugs to treat mental illness and other disorders. Some articles I’ve read, like https://www.webmd.com/mental-health/medications-treat-disorders#3-7 say they do help. But others have said that just simply trying to be happy has the same effect (if not greater) in treating mental illness. Is this what you believe? I would love for you to write about this.
Bobby