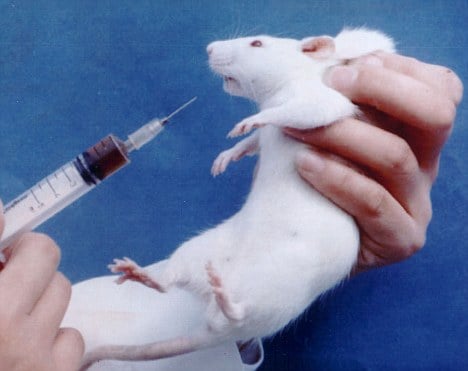 In this article Brian Anderson suggest that drug addiction is less uncommon than we think. That the reasons and pathways used by drug addicts are the same that majority of people use regularly. Anderson believes that after undergoing conditioning that creates attentional biases though who are classified as non-addicts and addicts responded to different stimuli in corresponding ways. Because of this phenomenon Anderson claims that “To some degree, everyone’s brain appears to be “wired” for addiction—and we all have the capacity to become an addict.” Anderson describes the process of addiction as “The ability to ignore these previously reward-associated objects is assessed under a variety of conditions,” Anderson said. “This suggests that these seemingly ‘pathological features’ of addiction may, in fact, reflect a normal cognitive process—that we are all to some degree ‘wired’ to become addicted.” When someone is performing addictive behaviors addiction has hijacked their attention entirely. Drugs are not the only thing with this effect. Hobbies and behaviors like gambling and violence have the same effect on our attention. We become addicted to various activities because we are first and foremost responding to person specific cues associated with the activity than substance stimulants. Anderson the way in which we become addicted and the ways in which addiction affect our brain are not specific to hard core users but to the majority of us who find hobbies and passions we almost feel addicted to.

In this interview with psychiatrist Nora Volkow she discusses possible neurological causes of drug addiction. Addiction has long been classified in the primitive limbic regions of your brain rather than in the areas dealing with executive function. Executive function suggest awareness of your feelings and actions. This is the area of your brain that you use to focus your attention or control urges. Volkow hypothesis that some of us have a biological predisposition to addiction because the reward system that governs the synapse of this region. A decreased number of receptors in your brain results in improper function of your prefrontal cortex resulting in an inability to regulate dopamine. Someone who is biologically predisposed to drug addiction receives less natural reward from their brain and is there for more susceptible to drug use and addiction.

In an interview with neuroscientist Christian Lüsche, who had spent over fifteen years studying drug addiction, he discusses the physical effects of drug use on your brain and suggest a controversial way to treat drug addiction by directly treating the physical changes in an addicts brain. Lusche believes that addiction is not a mental disease that deals with matters of will or self control. Lusche theorizes  that “Addiction didn’t kill neurons; it somehow remodeled the connections between them in a devastating and maladaptive way. And someday soon, scientists would find a way to prove it.” in a similar way to how synapses can be rearranged and bonded when receptors came in contact with stimuli. Lusche suggest treating addiction using electrical currents in order to fire neurons in a specific area followed by a battery to continually “ turn on” the targeted area of the brain. Though this has never been done on humans lusche has has success treating cocaine addicted mice with this technique.