Underlying Issues of the US Healthcare System

Home Underlying Issues of the US Healthcare System 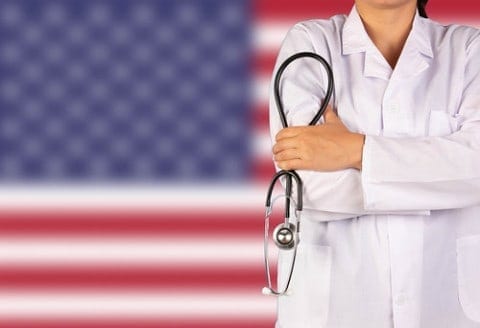 Under the UN Universal Declaration of Human Rights, human rights are inherent to all human beings. These human rights include rights such as the right to liberty, life, freedom of expression, the right to education and work, social security, and so on. There are 30 human rights under this declaration, and one of these rights is the right to health care. This human right means that hospitals, medicines, clinics, and other health care services must be acceptable, available, accessible, and of good quality on an equitable basis.

Since there is not universal healthcare in the US, everyone needs to pay their medical bills in full, thus people get insurance to cover these payments. However, insurance companies can choose which conditions are covered and which are not, and the cost of monthly premiums and copayments for any medical services. The reason that this is an issue is that American insurance providers are not offering these plans on an equitable and fair basis, meaning that preexisting conditions, age, gender, affluence, etc. all have an impact on what kind of plan is offered. Often times, some plans are so expensive that people cannot afford healthcare, and go under extreme economic strain when a health issue comes up. Others struggle to pay their bills even with insurance, because the copay is too large or the condition is not covered under their respective plan.

The solutions to these issues is simple. There is enough taxpayer money to pay for a universal healthcare option, there just simply needs to be a shift in the management and usage of this money. Second, the government needs to crack down on insurance companies and institute restrictions on them. This has been an issue due to lobbying, which influences politicians to not take action on these issues. Voters need to activate their political voices through protests and voting, to place politicians who will create real change in both houses of Congress since both Representatives in the House and Senators are voted directly by the population.

The reason that this is an important issue is that these circumstances created by the private providers deny millions of American people access to healthcare, which is (by definition) the violation of the human right to health care. Perhaps an even larger issue is a lack of restrictions from or options from the American government toward these private providers. This wouldn’t be an issue if the government instituted restrictions on these companies or if the government offered viable universal healthcare, which it does not.

Hi Eric,
I like your artic about how is the healthcare system in America and what is the problem about the system. It is great to know that the healthcare system program is too expansive that people can’t afford it. I feel like people should respect doctors, but doctors and hospitals should not help their patients based on economic. Thank you for your information.
Cindy Huang

Dear Eric,
I enjoyed reading your post, “Underlying Issues of the US Healthcare System” because I too believe that this is an issue in the United States. All people should have free healthcare. One sentence you wrote that stands out for me is: “some plans are so expensive that people cannot afford healthcare, and go under extreme economic strain when a health issue comes up.” I think this is sad because it should not be a financial sacrifice to go to the doctor. Thanks for your writing. I look forward to seeing what you write next, because these are real world problems that need solutions. More awareness needs to be brought up on these topics.
Maria Hernandez