Under the Red Hood Book Review. 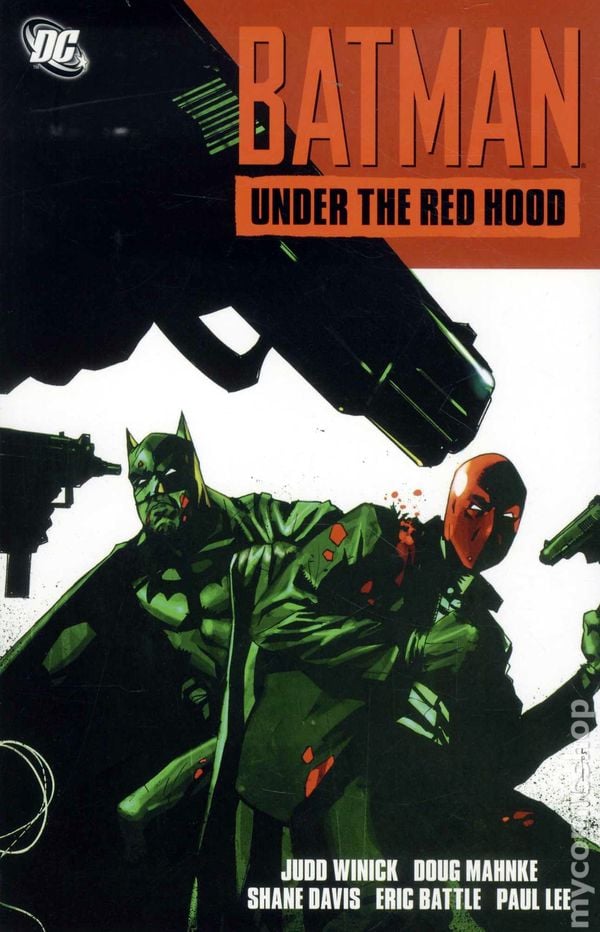 The book I read was Under The Red Hood by Judd Winick. Along with writing for the Batman comics, he was a writer for Green Lantern and Green Arrow. The book takes place shortly after Black Mask takes control of the underground scene and it was the Red Hood who wanted to take his place and wasn’t gonna let anyone get in his way. I thought the book was pretty good.  It was a fun read and it helped to understand how much Batman really loved Jason Todd (the second Robin) and it was after his loss that Batman changes.  It also is fun with how the conflict comes and goes and the battles are exciting and it helps to show the power that every character possesses.

As in every Batman book, the book is about the adventures of Batman and shows how devastated he is by the loss of Jason Todd. Jason had taken the role of Robin after Dick Grayson grew up and became Nightwing.  The book was very well written and was got more and more interesting as it went on.  As in every good Batman book or movie, it is made better with the Joker.  In this book, the Joker is very well done it shows just how methodical and clever the Joker is and it makes you question if he actually is.

One of my only complaints about this book is that it was short not that the book ended abruptly or didn’t have a good ending, cause it did.  I wish the book had never ended.  It had included a lot of characters that I wasn’t expecting and gave a back story to others that I didn’t know that much about.  At times you could feel how upset, angry, or doubtful Black Mask is.  It picks up right after Black Mask takes control of the underground scene.  There is a moment when Black Mask is clearly dumbfounded by the talent and execution of the Red Hood.  He makes a joking remark that the Red Hood would blow up his apartment, and it is followed by him running out of the building after the Red Hood had blown it up.

As long as you are a superhero fan you will enjoy this book.  Regardless of if you are or not you still know of Batman and Robin. Plus it’s hard not to like good superhero books and movies.  The Joker is probably one of the most iconic supervillains and it is hard not to acknowledge the work and care that goes into writing a character like the Joker.

Great review! I liked the way you dedicated a paragraph to each of the points you had. I’d love to hear a little more about the Batman/Jason Todd relationship here, maybe looking into that could be a cool new avenue? Great job overall.

Your description of the role each character plays in the plot of the story and their significance was analytical.

This is a great post. I too enjoy DC comics and enjoy the Red Hood character. I haven’t read this specific novel yet, but I have read a fair share of DC Comics. DC has developed an incredible strand of criminals and heroes and the plot of all of their novels are very intriguing.

Nice post! When I don’t want a book to end, it’s always tough when it does end. Even though I know next to nothing about Batman, I could tell that this book had a positive impact on you.

I really liked your post! I found it to be a very enjoyable read and I can see how much you like this book. I have always been a fan of DC superheroes and comic books and I try to collect as many as I can because they are really cool. I like the part where you talk about how Red Hood blows up Black Masks’ apartment and Black Mask runs out of the room. I thought that it was really funny. It sounds like this book was really interesting and while I haven’t read it yet, I plan on acquiring it over break and reading it. Good Job!