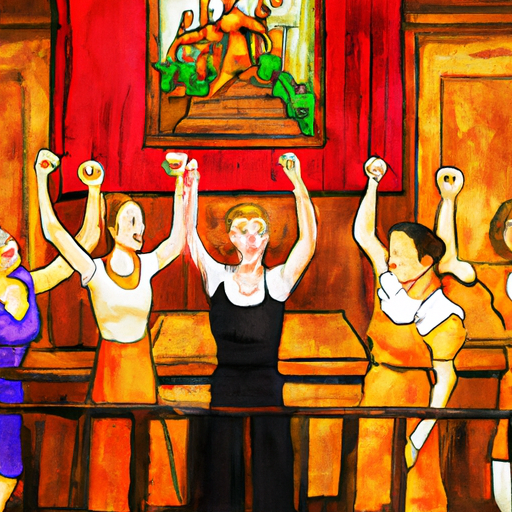 After a six-year legal fight for equal pay between women and men in the sports industry, it ended in late February 2022. U.S. Soccer announced their landmark labor agreements. It all started with a wage discrimination complaint filed by five top players in 2016, citing their financial reports and comparing them to the men in their field. When the U.S. soccer heard of their claim, they responded that the men just gather more audience and that is why they are paid more, even though a women’s team won the world cup in 2015.

The U.S. Team took more matters into their own hands, by learning about the law and finding ways to point out that there was a wage gap because of gender, not performance or popularity. But after no results, in 2019, they withdrew their complaint and instead sued U.S. soccer for gender discrimination, leading to protests in the streets and in the stadium.

Later, in court, U.S. soccer argued that the world cup winning women’s team was inferior to that of the men’s team. But, when the ruling in the lawsuit came out, the judge in charge of their case said that their core argument, that they as women were being paid less than the men’s national team, was “factually wrong”, because due to this case, this fight, the men’s winnings had gone down to new lows, crushing their case. After failing their suit on unequal pay, they filed a lawsuit on unequal working conditions, like the difference between their staffing, travel, hotel accommodations, and venue choices compared to the men’s.

Finally, in 2022 there was a surprise settlement of the lawsuit, including a negotiation between the players and U.S. soccer. The results were $24 million in compensation, compared to their originally calculated $67 million claim, money toward post-career plans and initiatives to grow the women’s game, and lastly a pledge from U.S. soccer to “equalize pay, appearance fees, and match bonuses for the women’s and men’s national teams for all games, including the World Cup, in the teams’ next collective bargaining agreements.

After a long fight between the US Women’s Soccer Team and U.S. Soccer, they finally reached an agreement to address years of gender inequality. The players will receive a $24 million payment, with the majority in back pay, and will also ensure equal pay between the men’s and women’s teams in their next collective bargaining agreements. This is a huge win for the players, who had previously been met with dismissal from a court case but have now forced the US Soccer organization to make changes. Other countries have since followed suit, leading to a domino effect for improved working and pay conditions for female athletes everywhere.

The AI-generated summary held the same bias as I had in my own summary, but it was much shorter and didn’t go into depth about the long and tedious things they had to do in order to gain equal pay. The ai’s bias seemed to be for the women although it did sound unbiased about which side it supported. I don’t have any questions about the article itself. I have always been aware of wage gaps between gender and I think that this victory is something that women are looking for everywhere and I hope that the fight continues.