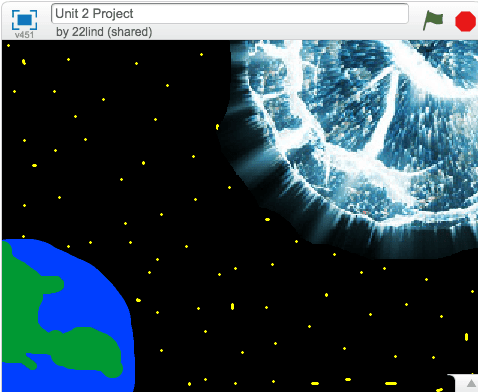 Here are some steps to create an awesome Animation like this.

Jarvis: Hello, I am Jarvis. I am Tony Stark’s personal assistant other than Miss Pepper Potts. Today, I am going to show you a story that many of you will not know about.

Jarvis: The unforetold story of Iron Man and Optimus Prime and the Alien of Disgustingness.

Jarvis: Here are some interesting facts you should know about them.

[Portfolio pops up and shows you Tony Stark’s picture. 2 seconds later, his info pops up underneath.]

[Red and blue briefcase comes in and opens up]

[Optimus Prime’s picture shows up. 2 seconds later, his info pops up underneath]

[Alien Corpse shows up with a big hole in the middle.]

[Info pops up in green font.]

[2 seconds later, a bunch of kids say ewwww at the same time]

Jarvis: But before we begin, if you are under the age of 12 than don’t watch this animation. Thank you and enjoy the story.

In A Galaxy far, far, Away

Stark: (Groggily) What time is it Jarvis?

Jarvis: It is currently 2 AM 56°F outside right now. It is partly clou(Starks cuts him of)

Stark: I don’t care right now what the weather is like. Where is he?

Jarvis: He is actually right outside.

Jarvis: Sir, can’t you confront him yourself?

Stark: Yes, but if history repeats itself, I’ll need another arc reactor. And they don’t grow on trees.

Jarvis: Sir, you have a room filled with emergency arc reactors.

Stark: Fine, Get my suit.

Stark: Hello Prime. What do you need from me right now.

Prime: There is a species of aliens coming here to destroy Earth.

Stark: What did I tell you about bringing your stupid Decepticons here to Earth.

Prime: First of all, they are not Decepticons. Second, they are an intellectual alien species that have stolen and wrecked havoc in the solar system.

Stark: So they are technically space pirates.

Prime: Yes, they have asked us to call them the ΘΗ ΙΔΙΟΤΣ.

Stark: Ok. So when are they coming?

Prime: On the eclipse.

Jarvis: Sir, if I may interrupt. In two days, you have a date with Miss Potts.

Prime: Yes, that was painful to watch. So are you in?

Stark: Yes, I am in. But after that, be sure to stay out of a 50 mile radius of her. I assume you have a team ready.

Stark: So you basically just named all the Transformers still alive.

Prime: So what is your team?

Prime: –zzzz– Hmm. Ok that is quite a team there.

Stark: You weren’t even listening.

Prime: No, but we will probably kick some buttock in 2 days.

Stark: It’s butt, not buttock, grandma. Who says that?

Stark: Here is my team.

Prime: So here is my team.

Stark: Everybody, suit up!

Prime: Don’t argue about this now or else there won’t be a tomorrow to fight about it.

[The spaceship has landed on the moon]

Rodgers: How are we suppost to get up there?

Rodgers: With what? It’s not like we have suits to to fly us up there and can fight in them in space.

Stark: Jarvis. I’ll lead you to tell them about their suits.

Jarvis: Ladies and gentlemen. Your Battle Alien Reinforced FlowerPower. Or B.A.R.F for short. Sorry about the name but Mr. Stark insisted that, that was going to be the name because he would find that in the suit after this so called “saving the world”.

T’Challa: Are they specialized in our abilities and powers?

Jarvis: Yes. For instance, Hawkeye has a built in quiver with rocket propelled arrows specially designed for space. Hulk has a stretch suit with rockets at the elbows to deliver more powerful punches. Capt. America has rockets on his shield so that he can control it flight pattern in space. Shall I go on?

Romanoff: (in a bored tone) No, please keep going. Wake me up when he gets to my suit.

Jarvis: Black Widow has Tesla guns that shoot massive amounts of electricity. Since bullets won’t cut it in space against aliens with bulletproof skin.

Jarvis: Black Panther has a r…

Stark: Wow, even I got bored listening to all that.

Stark: EVERYBODY WAKE UP!

[Alien mob waiting for them]

[Zooms in on specific people fighting]

Stark: That was easy and hilarious. Capt cot hit in the face 3 times

[Massive thumbs up pops up]

Not sure if this is suppose to be a play or movie script but none the less it is pretty interesting. The idea of bringing together these two fictional universes is a good idea. I think maybe you should put in a introductory paragraph so people understand what is going on from the start.