Two Powerful for Their Own Good: The Detriments of Political Parties in America

Home Two Powerful for Their Own Good: The Detriments of Political Parties in America 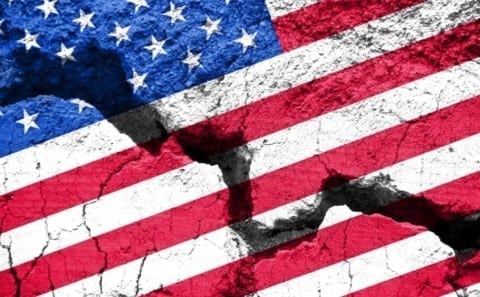 A two-party system is a “political system in which the electorate gives its votes largely to only two major parties and in which one or the other party can win a majority in the legislature,” according to the Encyclopedia Britannica. This type of system has its benefits. Voters are able to find powerful groups that ensure their voices are heard on issues important to them. The government has opposition in itself to prevent one person or faction from becoming too powerful. Political and social issues become discussed much more deeply to find practical solutions as a result of argument. But dividing politics into two major parties is socially dangerous. When a society is comprised of two major factions that are at odds with each other, there is an increased risk of fickle policy, cognitive laziness, uncivil bipartisanship, underrepresentation, and political extremism.

Fickle policy is a result of the ‘political pendulum’. With every election, the government switches from being run by a democrat, to a republican, to another democrat, to a republican again. With the same parties being put in power, policies flip flop, being repealed and then later replaced with similar policies before being repealed again. This becomes dangerous when neither policy effectively solves the issue it set out too. But sense the policy keeps coming from the same two parties, the issue is never resolved, even when third party solution could be the key. Cognitive laziness is a result of the nature of political parties. Political parties begin as a group of people who share common political beliefs, but these beliefs in the party can change over time based on who represents the party. The party also holds these political views on a wide array of issues. Most people vote for their party because it shares their beliefs. But there is a good number of people who vote for a party, just because it is the party they have always voted for, regardless of whether or not they agree with the party any more. Cognitive laziness also occurs when people only believe in a stance because it is the stance their political party takes. They don’t have any of their own understanding of an issue, they just think what they’re party tells them to think. This is a failure of their civil responsibility to be informed voters, which major political parties take advantage of. Uncivil bipartisanship occurs within the government and within communities. As people began to disagree with each other and take sides, they become more competitive. Congress begins to work for victories for each party rather than effective policy. Nothing to very little gets done by the government as it fights itself on the inside, making it ineffective. Issues not being properly addressed, uninformed citizens being taken advantage of, and government devolving into petty competition were reasons that the founding fathers feared major political parties. George Washington shared this concern, especially with regards to a two party system. He expressed this in his farewell address when he said “The common and continual mischiefs of the spirit of party are sufficient to make it the interest and duty of a wise people to discourage and restrain it.”

The benefits of political parties should not be overlooked. This is why people who disagree with both major political factions in the U.S. still form third parties to elect as president. These third parties do not get very many votes, but are on the rise as the United States is slowly moving away from the two-party system. This movement is due to the rise of political extremism caused by the two-party system. From 2008 to 2016, Republicans became less interested in working with Democrats, and defended their beliefs more strongly. Democrats became much more progressive and focused on social services. This came to a head in the 2016 election. The two major candidates for each party were hated by voters of the other party, and disliked by some members of their own. Voters saw those on the other side as extremists, leading to debates being uncivil and protests turning violent. The two-party system seemed like it was tearing America apart. However, many Americans did not believe in the views of either candidate, or did, just not as strongly. Those voters voted for third party candidates, who historically get very low votes, but did noticeably better in the 2016 election. “Altogether, candidates who did not represent either of the two main parties got around 4.9% of the popular vote (in 2012, third-party candidates only managed 1.7%, and in 2008, 1.4%).”  There is a rise in third party supporters, but third party candidates still are not winning elections because they are running in a two party system. This causes third party voters to be underrepresented in government, if they are represented at all. The power given to the individual and ability to make change are great positives of being in a political party. So it would seem that the solution to the problems that arise in a two-party system, are to have more strong parties.

Hey Christian,
I really liked your post on the two party system I think it is very informative and reasoned very well with clear evidence.I really like how you focus on the unrepresented candidates in third parties.