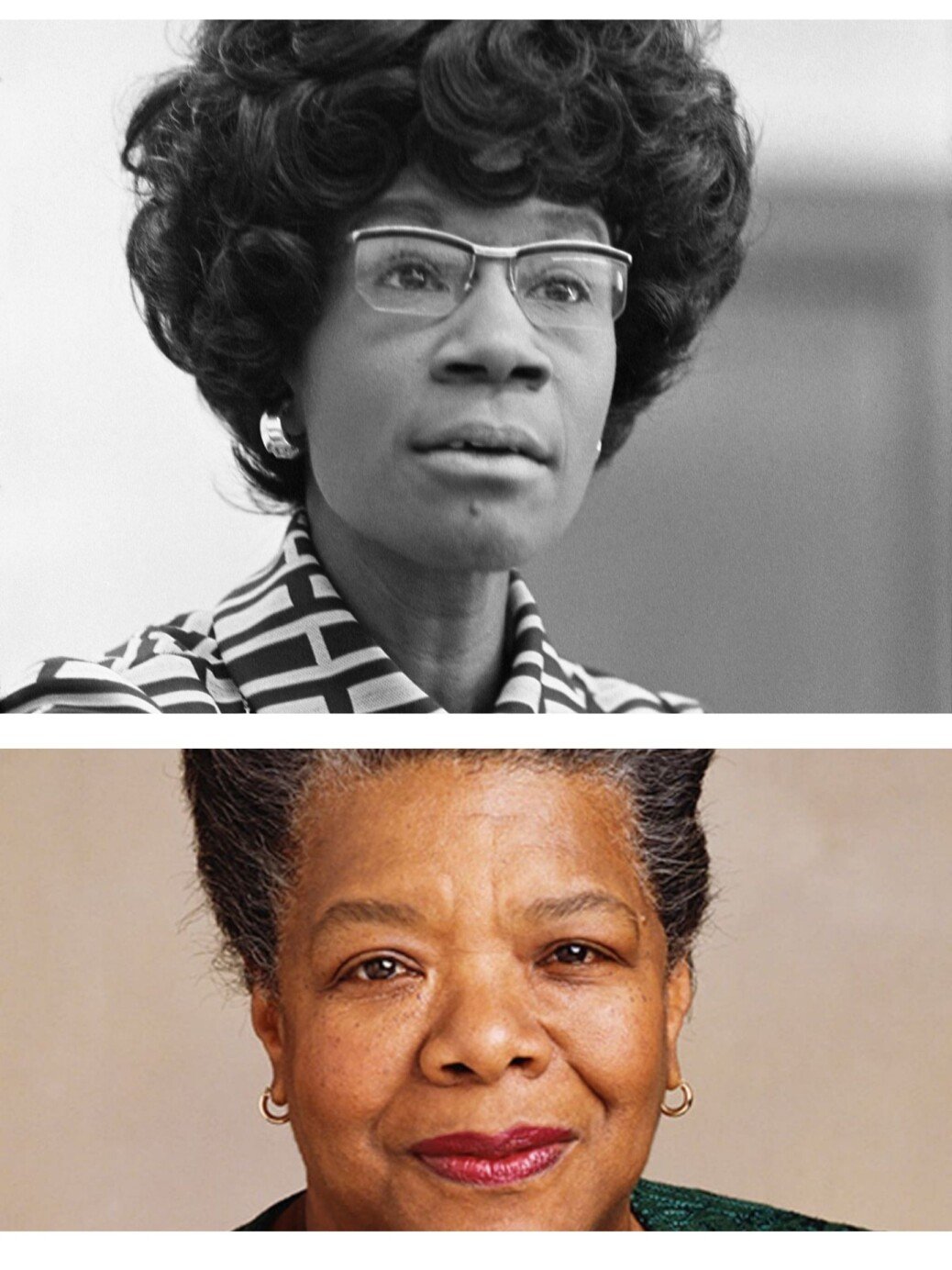 Maya Angelou and Shirley Chisholm were both strong women with great accomplishments. They have a lot of similarities. They both fought for women. Maya wrote short stories, TV scripts, plays and poetry. She was a civil rights activist and was a friend of MLK and Malcolm X. In 1980’s she was one of the well known writers in the US. Maya also campaigned for Barack Obama and Hilary Clinton. She used her voice to change the way society views African Americans and women. Shirley, like Maya, was a major figure in the civil rights movement. She also was involved in politics. Shirley fought for equal rights for women. She ran for presidency. They were both the first African American women in a certain category. Maya was the first Black woman to write a produced screenplay . Shirley was the first black woman to be in congress. Both of them were involved in politics trying to make the world for women better.

Although they are similar they are also different. Maya wrote plays, TV scripts, screen plays and more while Shirley was involved in the congress and ran for president.  Maya’s parents lived in the US, but Maya flew all over the world to Ghana and Egypt. Shirley’s parents were immigrants and came from New York. Maya raised funds, Shirley focused mainly on her campaign which was underfunded.