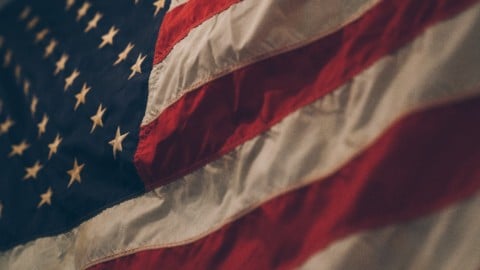 When it comes to the concept of America, the first few things that come to mind are equal opportunity, land of the free, and the American Dream. A place regardless of your skin or your religion, you can have the same opportunities as others. This conception of America is believed by many people around the world. These concepts are symbols of America, what it means to be an American, and has defined this country for years.

The Essay “My life as an Undocumented Immigrant” by Jose Antonio Vargas takes a look at what it truly means to be an American from a perspective of someone who is an undocumented immigrant. Jose has faced many problems growing up as an undocumented immigrant. According to him, his mother sent him to America from the Philippines for a better life, as stated in the Essay by Jose “My mother wanted to give me a better life, so she sent me thousands of miles away to live with her parents in America” (section 1).  In other words, many people around the world see America as a great country or as the greatest country. A land where anybody can be who they want to be. In my opinion, I agree with what is said in this Essay, America provides better opportunities for people and gives them a chance at a better life.

In contrast, the second source “Let America be America Again” by Langston Hughes, explores America from a perspective of an African American. In this source Langston Hughes talks about the ideals of America are yet to come, it is not the land of the free or the land of equal opportunity. “My Life as an Undocumented Immigrant” defines America as an equal and better living opportunity, while “Let America be America Again” argues that America was never a land for equal opportunities, a land for the free, and states that not everyone is able to pursue this American Dream. In the poem, Langston Hughes says that “let my land be a land where Liberty
Is crowned with no false patriotic wreath,/But opportunity is real, and life is free, equality is in the air we breath”In other words the second source claims that liberty is not shown but falsely claimed, a place where opportunity is not real and life is not free. The idea found in the poem “Let America be America Again” confirmed the need for a better America. On the surface we may seem as if we have all these ideals but that isn’t true, not everyone is able to pursue the American Dream.

In contrast, the third source “The Hill We Climb” by Amanda Gorman uses images of light and darkness to talk about the two different America. Likewise to the second source, “Let America be America Again,” they both talk about an America that is yet to come while source 1 “My life as an undocumented Immigrant defines America as a place you should strive for. In the poem “The Hill We Climb,” Amanda Gorman talks about stepping out of the darkness and heading towards the light, “When day comes we step out of the shade,/aflame and unafraid/The new dawn blooms as we free it/For there is always light,/if only we’re brave enough to see it/If only we’re brave enough to be it”. Basically, Amanda is saying that our country has yet to see the light, but this will not stop us from being blinded by the darkness, better days will be approaching for the country, claiming that the country will be in better shape for years to come. This takes us back to the second source about an America that is yet to come, both sources complement each other in what they are trying to say. What the third source adds is a more modern perspective than the second source.

In my opinion, America means a place where there is equal opportunity and diversity. My experience as Asian-American that has grown up in the bay area helps me see “America” as a place for a better chance than I would have back in my homeland. Being Pakistani and Muslim affects my experience in America because it made me feel a lot different than others. I find the arguments outlined above to be very good at what they want to bring to the reader. American literature can be defined as literature that is based in the United States. For example, THUG explores life as a black kid living in America. Being a young person in America today feels great because of all the opportunities that I am given.

“The Hill We Climb” by Amanda Gorman

“My Life as an Undocumented Immigrant”by Jose Antonio Varga

I find your writing really in depth, considering multiple different source, and seeing these topics from multiple different perspectives, using The Hate U Give in the end as a final connection, along with your interpretations of the sources provided.
One thing you said that stands out for me is “ On the surface we may seem as if we have all these ideals but that isn’t true, not everyone is able to pursue the American Dream.” I found this really intuitive as reader, and agree with this idea of deception of the United States. Really good job, I really like your interpretations of these documents, and the way you use multiple different sources in each or your arguments.

Dear Ammaar:
﻿
I am intrigued with your post and images of “Two americas,” because it was interesting to see the different perspectives of different people and how they see the U.S I agree with the statement that America is diversity and equal opportunity.

One sentence you wrote that stands out for me is: “ Being a young person in America today feels great because of all the opportunities that I am given.”I think this is awesome because in some places and countries, people don’t get as many opportunities as we do here in the U.S.

Thanks for your writing. I look forward to seeing what you write next, because I liked your comparisons of different ethnicities and how their perspective of the U.S is. I would like you to continue the great connections between different U.S citizens.
Leah Rodriguez

Hi- this is a really great piece. This subject can be difficult to write about and articulate but I think you did a wonderful job. Your sources made sense and flowed with your overarching claim. Your writing at the end about your experience was touching and good. Something that I would look back over is your second to the last sentence you bring up the THUG for a second but it seems a little out of place where it is right now. Overall very good work!