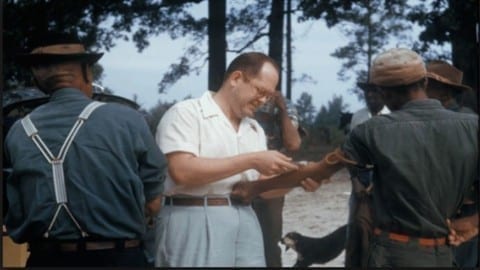 Back in the early 1930’s the U.S. Public Health Service teamed up with the Tuskegee University to study the STD Syphilis. Syphilis is a sexually transmitted disease that has three different signs. First, there are sores 3-90 days of exposure to the sexually transmitted disease, Syphilis. Second there are rashes or spots all over the body 4-10 weeks of being exposed to the sexually transmitted disease. Last is 3-15 years after being infected with the disease there will be damage to internal organs.The study was called the Tuskegee Syphilis Study. The purpose for the study was to not only know what the long term effects of Syphilis were but to also prove to White people that African-American people are people to. There was 600 lower class African-Americans that participated in the experiment. The university and Public Affairs targeted the poor African-Americans because back in the 1930’s health insurance and burial insurance was really expensive. So the Public Health Service and University’s “bait” or trick to get the people to agree to participate in the study was free health insurance and free burial insurance. “The study was conducted without the benefit of patients’ informed consent. Researchers told the men they were being treated for “bad blood,” a local term used to describe several ailments, including syphilis, anemia, and fatigue. In truth, they did not receive the proper treatment needed to cure their illness. In exchange for taking part in the study, the men received free medical exams, free meals, and burial insurance. Although originally projected to last 6 months, the study actually went on for 40 years” (CDC). Informed consent is when you tell a patient or test subject everything that going to happen if they agree to participate in a experiment or study. The men didn’t get that, they were only told that the study was going to last 6 months but it didn’t and the men weren’t even informed about it. They were also being deceived by only knowing what little they were told which was really small information and because of that the men infected their wives with the disease. The children of the men all inherited the disease because they were not told that they had a disease just that they had bad blood. Not only should the men and their families get compensated but also free health insurance because the men were used as guinea pigs, they were treated as just a test subject to know the long term effects of Syphilis. But others may say that no the men were also used to prove that all people no matter what skin color are human and if that were true why didn’t they use White people. “The participants were primarily sharecroppers, and many had never before visited a doctor. Doctors from the U.S. Public Health Service (PHS), which was running the study, informed the participants—399 men with latent syphilis and a control group of 201 others who were free of the disease—they were being treated for bad blood, a term commonly used in the area at the time to refer to a variety of ailments” (Nix). In this quote is also shows that just being compensated is just not enough because of embarrassment that they faced for being educated and poor. It was an act of cruelty and dehumanization. The men and their families need more than compensation, they deserve an apology something so that they can know that their oppressors are claiming their wrongs and are apologizing for it or at least showing some type of regret for not doing something to benefit the men and their families.  “On July 25, 1972, the public learned that, over the course of the previous 40 years, a government medical experiment conducted in the Tuskegee, Ala., area had allowed hundreds of African-American men with syphilis to go untreated so that scientists could study the effects of the disease.About three months later, the study was terminated, and the families of victims reached a $10 million settlement in 1974 (the terms of which are still being negotiated today by descendants). The last study participant passed away in 2004.” (Waxman). Even though the victims got $10 million from the government it still doesn’t justify all the wrong that was done to the men and their families. In all honesty an apology from the president would be at least good enough for the victims because then that can show how regretful the government is. By that happening that can actually level up with the compensation or at least be better than the compensation. In conclusion, compensation may be great but not great enough because money can not be an apology without an apology with the money, the money is just like a quick excuse for the government to get the incident over with.

The CDC is a really reliable source because they are a government agency that has to be really careful with disease like Ebola or Smallpox. They have to be really careful because those disease were/are really lethal. The CDC would never put anything that was fake or joke because they have a really good reputation for being careful and trustworthy with some of the worlds most deadliest diseases. Publishing anything that is inaccurate would mess up their reputation and the CDC would be in some serious trouble.

This is a trustworthy source because History is known to educate people about the past with facts and explanations of when, why, and where things happened. An example being like the dinosaurs and how some species that originated from Africa ended up in the United States. They would never post anything that was inaccurate because their whole reputation and company depends on their reputation to keep them looking good.

TIME is a very trustworthy source because not only are they one of the biggest organizations that sell magazines they help their buyers and their viewers keep up with the news. So for TIME to just let someone post a blog about as something as sensitive and important as the Tuskegee Syphilis must mean that they are one of the most accurate and trustworthy sources that they have. Overall, TIME would not let someone publish a blog about an event like the Tuskegee Syphilis Study because that would hurt their reputation in a big way and they want to respect the victims because TIME is not a selfish, disrespectful organization. 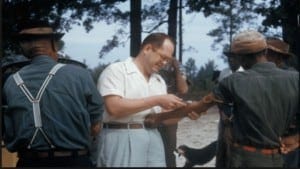 Dear Beto,
While Reading your work I had an interested feeling. Your work keeps me on because of the good facts and opinions you’re giving us readers. You have cool writing. One sentence that stood out to me was, “Not only should the men and their families get compensated but also free health insurance because the men were used as guinea pigs, they were treated as just a test subject to know the long term effects of Syphilis.”. This sentence stood out to me because I completely get what your trying to say. The victims of the Tuskegee Study were put down as just a test subject and that was completely wrong. Another sentence I saw was, “In this quote is also shows that just being compensated is just not enough because of embarrassment that they faced for being educated and poor. It was an act of cruelty and dehumanization. “ This was a really powerful sentence and I enjoyed reading it. I agree that they were embarrassed and it was an act of cruelty, yet I do admit I don’t really see the dehumanization in this situation. But hey, that’s okay we have different opinions. This next sentence I don’t disagree or agree with it but I just wanted to comment on it. It states, “But others may say that no the men were also used to prove that all people no matter what skin color are human and if that were true why didn’t they use White people”. I wanted to tell you that they actually did the experiment to show that Black people were just the same as humans and weren’t any different in that matter. Ofcourse it is peculiar to me that they didn’t try to get any white people but I do understand what they were trying to do in those times of segregation and such. Thank you for writing. I look forward to seeing what you write next, because your work is really informingI really appreciate getting a chance to read your work. If you’d like please reply.