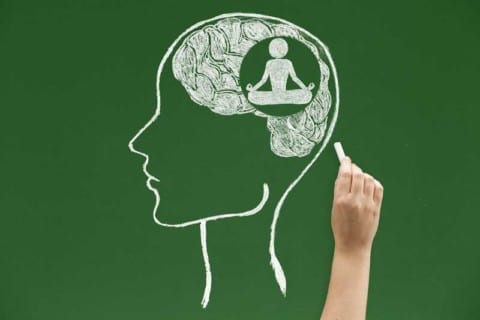 It is completely mind boggling that mental illness is still only slowly being acknowledged. But the general public is unaware of all of the alternative approaches to alleviating symptoms of moderate to severe mental illness. For some, medication may be the best way to help those with mental illness maintain a stable life. For others, it can be the combination of medication and therapy. In a medical sense, it is more healthy to treat a mental illness by using an alternative approach. Those who use medication longterm have the tendency to have a more harsh withdrawal period, display an addiction or psychological dependence, or in more severe cases, have stunted brain activity.

For example, antipsychotics are used to treat severe cases of mental illness such as schizophrenia, psychotic bipolar disorder, and any intense brain syndrome. One thing that is especially concerning in the world of medication is that, according to “World of Health, 2007”, the chemical processes behind antipsychotics “is not fully understood.” It is known that these drugs block the effect of certain dopamine receptors, which when suppressed, alleviates the patients struggle with hallucinations, delusions, and grandiosity. If pharmacologists don’t fully understand how or what the drug is doing, there is no way they will ever know how to modify the chemical makeup if need be. It is also highly concerning to the patient if they do not understand what is going on in their brain. Is it morally correct for a doctor to blindly prescribe his or her patient if they do not understand what that magic pill will do?

In modern medicine, more research is being done regarding the way to approach mental health care without the use of medicine. In fact, beginning in the 1990s, medical schools began to offer classes and specialties in alternative medicine, along with hospitals opening alternative medicine departments. Not only are these approaches beneficial to mental health, but to any range of disorder, illness, or disease. The only way for the public to know about these other methods of care is if the doctors are willing to educate their patients about them instead of just turning to medication. If the doctors are educated and willing to refer their patients to alternative approaches, the medical field would expand vastly.

Another concern arises when it comes to choosing what path is best for a patient. When someone is struggling, they want a quick fix- medication. We have put so much time and effort into studying the art of taking a pill every morning to fix our issues when there is other, healthier methods. It is true that medication is helpful- it alters the brain’s chemical compounds, releasing or amplifying the amount of dopamine, serotonin, hormones, endorphins, etc. But exercise, meditation, and overall control of the mental stability is important too. One thing that averts people from alternative approaches is the time they have to put into this. It takes effort to be able to invest in something that is not physically present- thoughts.

People view alternative medicine as spiritual and not physical. It is viewed as religious, a belief system. One must be able to believe in the method they are choosing, yes, but it is also a matter of believing in the science behind it. Alternative medicine is defined as the “ balancing of mind, body, and spirit.”(Blaser, Larry) The way it comes across when defined is followed by a negative stigma that it is a “pseudoscience” and not a way to temporarily alleviate symptoms and send a patient on their way to being able to control symptoms on their own. As explained earlier in less severe cases such as depression and anxiety, being able to understand what it is that oneself needs in times of desperation is an incredibly powerful thing. Taking a prozac every morning is not going to always help, in fact, depending on a pill can make things worse in the long run. Once we are able to grasp our emotions (through the help of small changes in alternative methods) and really understand how we can alter them, we will be able to depend on ourselves and say goodbye to the financial strain that pill bottles have become.

Lauren,
I am really surprised by this post. It is upsetting to know that mental health is not seen as a bigger issue in our world. As a person who deals with depression and anxiety who uses prescriptions and therapy to cope with things, it is scary to know that they are not fully for sure what these drugs are doing to my brain, and the long term affects they will have on my life. I struggled with starting meds due to “the quick fix pill” that you stated above, and I think there are many other ways to help cope with these conditions, and agree with you that even though taking a pill might make things better for right now, but it won’t help in the long term. I found this article written by the Mayo Clinic that talks about exercise and the positive attributes it can bring to dealing with mental health, and thought you would enjoy it!

Thanks for sharing.
Caleigh

Lauren,
I really enjoyed what you wrote because most writing I have seen about mental illness is about what it is and how it affects you. I like how you took the stance of what kind of medication people are using or if they are going to therapy. I think there are many ways to deal with mental illness, including exercise, meditation, or even spending time with positive people in your life. Here is an article I found that might help you along the way during your writing. It is specifically about meditation. https://www.npr.org/sections/health-shots/2014/01/07/260470831/mindfulness-meditation-can-help-relieve-anxiety-and-depression
Thank you for sharing!