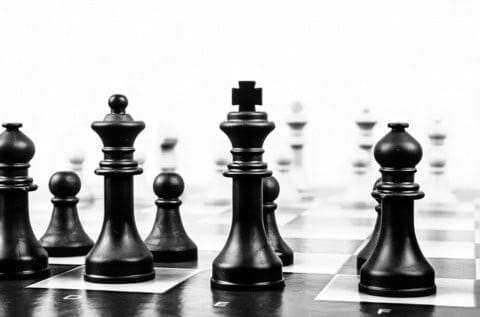 Why do we trust those in positions of power? To dissect this question, I researched individuals who have violated their power. Specifically, I looked into how doing so impacted the people who trusted them. Dr. Christopher Duntsch is a former neurosurgeon, more commonly referred to as “Dr. Death.” Duntsch followed a promising route, graduating from a top medical school and completing a residency in neurosurgery. He had a good rapport with his professors and mentors, showing great potential in the field of neurosurgery. Duntsch began medical practice at hospitals in the Dallas, Texas area. Despite his rigorous years of training, he was soon fired from a series of hospitals. Duntsch jumped around the Dallas area to continue his work as a neurosurgeon. Colleagues noticed signs of drug abuse and other alarming habits, especially for an individual in such a disciplined field.

In 2012, Mary Efurd underwent surgery performed by Dr. Duntsch to fuse two of her vertebrae. She woke up in excruciating pain, unable to stand after what was supposed to be a minor surgery. Days later, she underwent surgery again under the scalpel of Robert Henderson. During this follow-up surgery, he discovered the horrifying work of Christopher Duntsch. The surgery had been performed in the wrong area of the spine. Duntsch had severed nerve endings and placed screws in unnecessary locations. The sight was enough to reveal that Duntsch had obviously intended to harm Efurd. This was apparently not the first of Duntsch’s botched surgeries. During the trial, several people (even friends of Duntsch) came forward with serious physical damage as a result of his surgeries. Was Duntsch’s work intentional, or was he just oblivious to the fact that he was a terrible surgeon? In an email to a colleague written years before, he said, “I am ready to leave the love and kindness and goodness and patience that I mix with everything else that I am and become a cold blooded killer.”

In 2012, Duntsch was put in prison for the intentional maiming of patients during surgery. With a serious drug problem and overwhelming amount of confidence, Duntsch operated on 38 patients in two years. He left 29 of those patients paralyzed, and 2 of them dead. While he was fired from several hospitals, no one ever tried to revoke his medical license. It’s easier for hospitals this way; attempting to stop a doctor from practicing requires long hours and intense legal battles. Duntsch was an active criminal, and he was never stopped or even questioned during his years as a practicing surgeon. What does this tell us about our healthcare system? More so, what does it say about systems involving powerful individuals? We so willingly trust members of society in a position of power, but what if they turn out to have bad intentions like Dr. Duntsch? There must be psychological explanations as to why we naturally trust people like Christopher Duntsch. Perhaps it’s the idea that we want to avoid looking dependent, protecting our self-esteem by willingly submitting to those who claim to be in power. Whatever psychological explanation might apply, we should question those we place trust in. What if these people are using their power to fulfill psychopathic tendencies? Christopher Duntsch did, leaving a trail of seriously harmed and trusting individuals along the way.

I found your post absolutely fascinating. I loved your use of detail and statistics to convey the real damage that Dr. Duntsch did during his years as a surgeon. For example, the statistic that he killed or paralyzed 31/38 of his patients really showed how evil he was and makes it all the more surprising that so few people actually tried to stop him. I think that your rhetorical questions at the bottom allowed me to analyze why I trust some people in power positions. I am interested to know what the psychology is behind us trusting powerful people and would love to read a piece about that from you. This article might help you start: http://theconversation.com/who-you-gonna-trust-how-power-affects-our-faith-in-others-48570

Great work, Emma! I look forward to reading more of your posts.