Trump Won and I am Surprised

Home Trump Won and I am Surprised 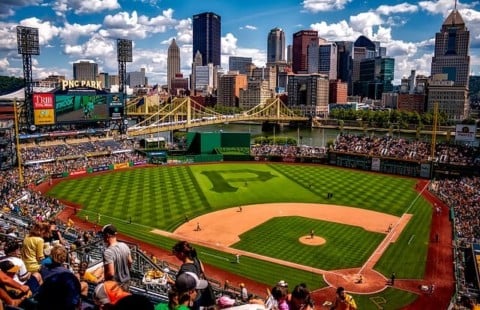 Throughout this rocky election, two of the most highlighted candidates were Hillary Clinton and Donald Trump. On one side, there was a former first lady and secretary of state who was “a liar” and a woman who “could not be trusted”. On the other, there was a racist, sexist, offensive businessman and reality TV star with little to no political experience.

Both would beat the other candidates through every checkpoint, passing them and eventually meeting in the middle, where America would then decide who the president of the United States would be for the next 4-8 years. Even before the actual election on November 8th, I was shocked and surprised with America, because people generally seemed like they had a greater tolerance for Trump, as he said so many disgusting things in the past 1.5 years while Hillary really only deleted thousands of emails which has been done before. I knew that Hillary would be the Democratic pick, but I did not think that Donald Trump would have a chance as the only thing to carry him was his business and personality.

When I heard that Donald Trump won, I was surprised too, but after I saw that he won Pennsylvania the night before, I knew it was over for Hillary. As someone who did not live through many wars or depressions in the U.S., I am very scared for the country’s future as the mood of so many people has changed, and I don’t know if the change will unite or divide us.

i strongly agree with you, your post, and your thoughts. i too was surprised and disgusted with the results. I was a downright Hillary supporter. i also said that because of Hillary’s experience she would be the best fit for president. before the election, if someone had said “Donald Trump”, i would’ve said, “Sorry, who?”. Trump was and is a business man and some other stupid stuff. he should not be president because NOT EVEN IN THE S-L-I-G-H-T-E-S-T DOES HE KNOW WHAT THE HECK HE’S DOING. All of the election business is a game for him. he wins, destroying ever after. he loses, he goes on not paying his full taxes, being racist rambling on about irrelevant things, being sexist and because the butt he is. also memes will be fresher than ever before. if hillary wins, America will be up to its full potential. if hillary loses, then she lives in shame with retarded white racist haters, WHICH IS THE WHOLE POPULATION OF TRUMP SUPPORTERS, watching and stupidly commenting on her every move for no reason. her life would be and know will be hell. and so will ours.

I am inspired by your post, “Trump won and i am surprised,” because i agree with your claims.

One sentence you wrote that stands out for me is: “On the other, there was a racist, sexist, offensive businessman and reality TV star with little to no political experience. I think this is strong because it is up bringing and very understandable.

Another sentence that I read was: “I am very scared for the country’s future as the mood of so many people has changed, and I don’t know if the change will unite or divide us.” This stood out for me because it was strong as well.

Thanks for your writing. I look forward to seeing what you write next, because you are energetic and funny.

Hi Josh, I think it is already clear that the election is creating a huge divide in our country. I agree with you because I NEVER would have guessed Trump would win the Republican nomination, nor that he would ever become president. I have to admit I am one of those people adding to the divide in our country. I refuse to unite with someone who has been incredibly cruel and an noninclusive to every single minority out there, so I will continue to fight him and his followers from the other side. I’m still with Her. Great post, Josh.

I was also surprised that Donald Trump won for President of the U.S. I think some of the other Candidates should of won instead. I don’t know why a lot of people voted for Donald Trump after all he has done. I don’t think Donald Trump would be able to make the U.S. better.