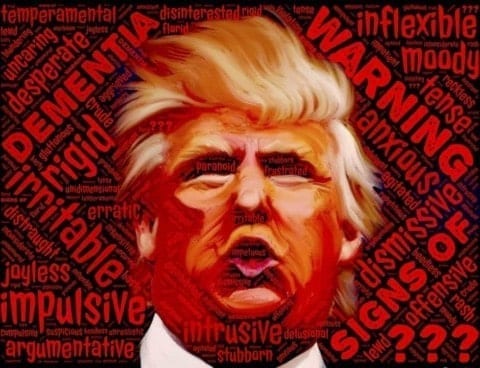 With all proposals aside, I find it slightly revolting that so many Americans voted for someone who is extremely disrespectful towards women, Latinos, African Americans, the LGBTQ community, immigrants, Muslims, and so many other people. The fact that Trump has the audacity to say these things knowing that more than half of these voters will turn to Hillary’s side, shows that he truly has no moderation with what he says. All he is doing is dividing Americans and he hasn’t even served a full day as President.

Most of America wouldn’t be as concerned if the congress was mostly Democratic, however, the congress is mostly Republican, meaning that they will take Trump on whatever proposals he has (of course not all, but it would be easier for him to get what he wants).

Although Hillary wasn’t the ideal candidate at least she had respect and dignity for the people that she was running for and trying to “control.” It’s crazy that people would vote for this racist, insulting, inappropriate candidate to run our country. The fact that out of all the citizens of the United States we chose these people as our presidential candidates is depressing.

What are your sources? You have no examples to back up any of your outrageous claims of him being a racist or sexist. 6 more years #MAGA

Aleksandra, I think you need to take a few deep breaths and consider what the worst possible outcome of this situation is. At the very worst you might be minorly inconvenienced, because out government has a system of checks and balances to keep anyone from gaining too much power. I would be more afraid of the gridlock in congress than a few bad laws. To quote Abraham Lincoln- “A house divided against itself cannot stand.”

Aleksandra, I feel that the result of the election has given the alt-right people a mandate to say what ever they want and be able to be as racist as they can be. I think people see Trump saying such terrible things and they think they can do the same thing. Hopefully he will only be there for four years.

Hi Aleksandra.
Being Mexican and hearing what Trump has said about Mexicans is not okay. My parents and even my grandparents were born here. We are here legally and I believe we deserve the same rights and treatment. I have also found that some people voted for Trump because they couldn’t fathom Hillary Clinton. I understand that but like you said, “Although Hillary wasn’t the ideal candidate at least she had respect and dignity for the people”, this election came down to morals and equality. Although I am not thrilled about the election outcome, I hope Trump will do an okay job because I’m a citizen and love so many citizens in America. I am proud to be an American and pray that Trump will find a way to lead that will be of the same standards as previous presidents. I think we all have to put our best foot forward.

I am in agreement with your post, “Trump wins the election” because it tells the reader the behind the scenes of the election such as the separation of different races, religions, etc.

One sentence you wrote that stands out for me is: “ find it slightly revolting that so many Americans voted for someone who is extremely disrespectful towards women, Latinos, African Americans, the LGBTQ community, immigrants, Muslims, and so many other people. ” I think this is true because already people become friends depending on their background. Americans who voted for Trump only added on to the clearness of these actions

Another sentence that I stood out to me was: “Most of America wouldn’t be as concerned if the congress was mostly Democratic, however, the congress is mostly Republican, meaning that they will take Trump on whatever proposals he has (of course not all, but it would be easier for him to get what he wants).” This stood out for me because the congress controls all actions the president can do and having a republican president allows Trump to have easier access to what he wants.

I do agree with you about the fact that Trump can change America greatly with the help of the Congress. One reason I say this is when a president is republican the congress is republican which usually results in the president doing whatever they want. Another reason I agree with you is that you mention the fact that Trump is trying to separate people into groups as if they are enemies.

Thanks for your writing. I look forward to seeing what you write next, because you seem to share the same ideas as me about having a republican president and congress.

I am in complete agreement with your article, “Trump wins the election.” I am very shocked by the results. It worries me to how separated our country will now be.

One sentence you wrote that stands out for me is: “With all proposals aside, I find it slightly revolting that so many Americans voted for someone who is extremely disrespectful towards women, Latinos, African Americans, the LGBTQ community, immigrants, Muslims, and so many other people.” I find that this statement is true and well said. Our country is so diverse and having a president who is disrespectful towards the people in our country is crazy.

Another sentence that I was: “The fact that out of all the citizens of the United States we chose these people as our presidential candidates is depressing.” I agree with this statement. Being a double minority I am disappointed with the people who could consider that this man would be a good fit for our country.

I am worried about how different Trump can change this country. It alarms me to think that our next president is against so many people, however it boggles my mind to how many people voted for him. It disappoints me to how many people don’t like the diversity of our country.
Thanks for your writing. I look forward to seeing what you write next, because I want to see how other people react to the new condition of our country. I am happy to know that there are people that agree with my views and are open to our diversity.

Your argument is extremely valid, and bring to mind some very hard truths. I also was devastated to see Trump win, as he is most definitely the wrong person to hold this position. It saddens me to know that the progress we made with Obama is most likely going to be destroyed. So many people are completely scared for their lives and futures and rightly so. Very well written and extremely well supported argument!

I completely agree with you. I have heard a lot people who voted for Trump complaining that we think that anyone who voted for Trump is racist, misogynistic, xenophobic, and homophobic. It is true that a lot of people who voted for Trump aren’t all of these things and likely voted for Trump because of his economic policies or simply because they didn’t like Hillary. But all these people are willing to let Trump’s bullying, sexual assault, racism, and hatred of minorities slide. I think this concept was best explained on the Daily Show when a Muslim correspondent explained that most Trump supporters are really saying “I don’t hate you, I just don’t care about you.” I think America took several steps back in this election, and I am quite scared to see what will happen to our nation in the next four years.

I totally agree with all of your points, but I will suggest stepping back a little, so that your writing seems less biased. (If you’re writing a formal paper, or you don’t know who will be reading it). I would also suggest citing your sources. Good work