Trump: To Impeach or Not Impeach?

Home Trump: To Impeach or Not Impeach? 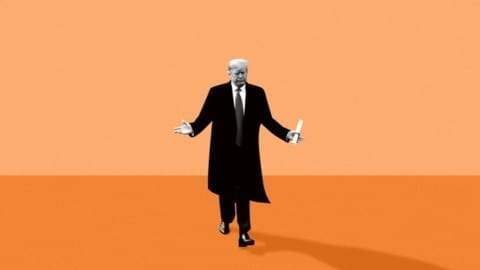 Do you believe the president should be impeached? The definition of Impeachment: the action of calling into question the integrity or validity of something. Impeachment is a long and hard process especially when being in politics. Regular trails take an essential amount of time, think about if we were to put Trump on trial as the “President”, even longer.

The Impeachment process has a lot of fundamentals than just “we don’t like the president lets kick him out”. Impeachment: The process begins with US Congress voting to impeach, which they may be encouraged to do by regular voters. If Congress passes the motion by a majority, it will appoint members to act as ‘prosecutors’ in a subsequent Senate ‘trial’. Senators act as a jury on the president’s guilt, with the Attorney General as judge. Also, the President is only removed from office if they are found guilty by a two-thirds majority of the Senate. Also, Trump controls the republican party which is the majority of the Senate seats. So, it would be extremely difficult to persuade them to want to overturn Trump. https://www.telegraph.co.uk/news/0/impeachment-long-does-process-take/

If the Impeachment of Trump was to actually go through the next person in line is Mike Pence. MIKE PENCE!!! Who openly discriminates against the LGBTQ community and other races. Why go through all this trouble when the re-elections are in a couple of months? Are me and my partner saying we support Trump, NO! But, we do understand it wouldn’t be the most prudent choice to impeach Trump as of now.

So, with that being said the solution that my partner and I believe would be the most effective. Is to ban Trump from being able to be re-elected. Since Impeachment takes way to long, by the time anything “might” get approved Trump would be out of office and eligible to re-elect. So let’s take his power to do so completely away, by wiping him off the eligibility list to run for president again. Why allow him to continue his trail of destruction for a second term? We the youth, the powerful youth can use our voices and votes to get this law approved. We just all have to unite and want it more for our future than anyone else.

I fully agree with the idea of Trump getting impeached! You’re very convincing on getting the youth to come together and use their voices to make sure that Trump is impeached and can’t be re-elected.

Thank you very much. We as a team wanted the youth to understand we have a lot of power together tbh.

i agree to wait it out till the next election because there’s a lot of people who said Pence is worse than Trump. Even if Trump is bad, I think having Pence as president would be worse.

Exactly our point. We are so glad that so many youth minds think alike.

Dear Heaven and Sadiyah, I see exactly where you are coming from. When people say we should just impeach Trump they don’t think about the bigger picture. The bigger picture being that the runner up president is a lot worse than who we have now. If we work together when re-elections come around we can take majority of the vote and get someone who isn’t openly racist and homophobic. Good Job!

Thank you so much for the support and open-mindedness. We really appreciate it.

Your essay on to impeach Trump or not was very explained and i also agree to wait it out till the next election because who wants Mike Pence as a president . In conclusion , the solution to ban Donald Trump is perfect because taking his power will stop him from destroying us once again .

Would you rather keep Trump as a president or have the vice president be the new president?

Neither, they are both too unstable to be able to run an entire nation