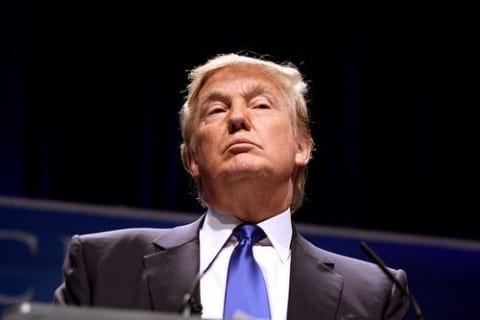 Donald Trump, the newest President in the White House has caught everyone by surprise when he won the election, but not me. Even if I don’t support Trump’s claims and ideas, I always knew that he would win this election.

Why? I knew that he would win because he is my father and I always believe in my father (note not actually my father. hahaha good joke?)

On a more serious note, I knew that Trump would win because of his massive following. They always stuck with Trump no matter what he said and I knew that Hillary had no chance.

Do I support Trump? Absolutely not. I do not think his ideas are possible to validate and are bogus. But I don’t think he’s a “horrible” choice like people make him out to be.

Sure his intentions are weird at that, but he presents some good points that might help this country. The key word in that sentence was the word, “might.” He might doom America, I don’t know.

I agree but disagree. I disagree because during the primary’s, Trump said this, “I could stand on 6th Avenue and shoot somebody and not lose any voters, its incredible.”

I’ll let that sink in
OK, now, what does this tell us? It tells us that Donald J. Trump could do just about anything and get away with it. It also shows that he is abusing his power. If he could shoot someone as a CANDIDATE, imagine what he could do as PRESIDENT. He could literally use those nuclear codes and bomb ANYTHING, 10, 50, 100 times bigger than a regular shooting on a VERY busy Avenue. His ideas are not possible and will never be. The process of building the wall he always wanted will take much more than 8 years. Yes, he could try, but he probably won’t even be alive to see it finished.

Alam told me it was.