True Meaning of an American

Home True Meaning of an American 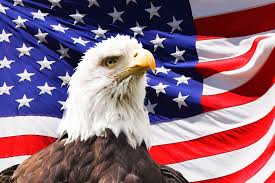 We are citizens living in a society where we need to protect and respect our neighbors. If we do not, we would not be the same country we are today. Our nation is built upon many principles. One of those principles is unity. Sadly, we are seeing less unity and more individualism. Our country has had many tragedies occur that should not happen. By tragedies, I mean; shootings, robberies, rape, etc. These are all incidents  that could be reduced if we strengthen the unity of the United States. “But the unity that we once prized is eroding. What used to be seen as a melting pot, producing distinctive Americans from a hodgepodge of nationalities, has cooled to a salad bowl whose contents retain their original shapes and flavors”, (heritage.org). This is just a snippet from the whole text. The article states how the lack of unity is creating turmoil. As much as I did not want to, I had to agree with the statements made. Our country has been cursed with all kinds of nonsense that does not belong here. We are the greatest country in the world and to keep that title, we need to act as one.

Before the United States became what it is today, our founding fathers were struggling with the very thing that we pride the most. The value of freedom was not given, but earned. We as Americans have held this idea close to us since the day America was born. If we did not have freedom, who knows what mess we would be in. “The first is for Individual Freedom and the price for that is Self-Reliance.  We cannot be truly be free if we cannot take care of ourselves and be independent”, (Vintage American Ways). The crazy part of this quote is that it described our country before we became independent. The 13 colonies were never truly free because they relied on Great Britain. Some people say freedom is individualism. Personally, I think freedom is in its own category. Today, we are a global superpower. The combination of having a country free to do as it pleases and a population of independent citizens accumulates to that. The United States is the greatest country in the world.

Everyone talks about striving to be great, never giving up, always improving, etc. But the one thing that nobody remembers to do is to be thankful. I can argue that it is the most important trait to an American. There is a reason why Thanksgiving is a holiday. Thankfulness is displayed everywhere. “Be thankful for these walls”, (The Maze Runner, 12). In this quote, the boys are stuck in a giant maze. But instead of complaining about their situation, they are thankful to be safe instead of being in danger. How could such a simple value have such meaning? The fact that thankfulness can be seen in such a terrible situation as seen in The Maze Runner, should let everyone know that complaining will never make you happy. Although it is fiction, thankfulness is shown as a symbol that you cannot ignore because of the weight that it carries. The novel is basically saying that even in a society where everything is completely made believe, the value of thankfulness can be found. I am extremely thankful to be an American and to have the life I have today. Everyone should show gratitude for what they have because someone always has it worse.

These are just my opinions on what makes an American. There is and never will be a solid definition of what being an American means. Everyone is entitled to their own opinions and others should respect that. That right there, is another American value.

Feulner, Edwin. “The Unity of America.” The Heritage Foundation, 5 July 2017,