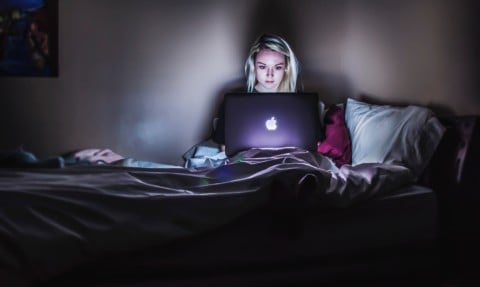 While I have never truly understood the love that people have for serial killer media, in both my friend group and at home, I am surrounded by avid fans of the true-crime genre. These explorations of violent transgressions against other people prompted me to consider the possible drawbacks and effects that this genre can have on people. I previously discussed Why is true crime bad for society? by Laura Bogart which brought up how true crime media can dehumanize victims by focusing entirely on the perpetrator and even glorify violence and mental health issues.

The Benefits of Murder by Bethany Knickerbocker provides a different, more positive perspective on this subject. The author argues that this genre can help reduce anxiety in some individuals by exposing them to the worst possible scenario, providing them with a sense of control, as well as insight into the mind of the person committing the crime. “Women willingly scare themselves by consuming these stories because the exposure helps to alleviate anxieties. (…) Survival skills gleaned from this information makes a person feel more prepared” (Knickerbocker 2017).

She goes on to discuss how true crime media can make people more aware of injustices that are occurring inside of the legal system. A big part of the genre is the aftermath of the crime, the trial and the conviction. By looking at this portion critically instead of focusing entirely on gore and murder methods, we can bring to light instances where people were wrongly convicted, treated unequally, or got away scot-free. In this way, true crime can serve as a conversation starter about the shortcomings of the justice system and maybe even prompt change in the future.

True Crime, like many genres, has pros and cons, both of which should be talked about if we want to have meaningful discussions regarding its effects.

I was very intrigued by your post! I myself am a fan of true crime stories, however, I do get scared very easily. Nevertheless, I was very interested about your stance on how true crime relates to mental health and the criminal justice system. I do agree that true crime, with its gore and horror, has many pros and cons. One thing that stood out to me in your post was the mentioning of how women (and others) can benefit from watching true crime shows. Seeing the inner workings of the criminal’s mind may be horrifying, but it also aids the watchers in how they can better protect themselves and others around them. This type of content has many conflicting opinions, but I appreciate your stance on the subject, and I look forward to hearing more about what you write next.

This information is really interesting Lisa, especially the reasons why some people really enjoy watching these types of series. I found it really interesting how people like watching true crime series because it helps them reduce anxiety by creating the worst possible scenario. I would have never imagined this was the case. I also found it really interesting that watching crime series gives them a sense of control and safety. I totally agree that this type of content opens up new discussions about injustices and other controversial topics. I look forward to reading more of your content because I feel like you always include important information about topics and I would be interested if you could do another article about the cons of watching true-crime series.

Lisa, I really liked this discussion! As someone who reluctantly digests such true crime content, I was able to relate to the ideas and topics you had mentioned in your post. Specifically about anxieties. I find the link between this type of content and anxiety really interesting, and would be intrigued by further research about it. Like you stated, this type of content opens up discussions about injustices, and guides possible change.

I too have never been especially drawn to the true crime genre, though I am a horror fan. Do you believe there is an important distinction between true crime and fictional but realistic horror stories in how they affect audiences? I totally agreed with your conclusion that true crime, like any genre, can have both positive and negative effects. A potentially interesting direction of inquiry would to be examining whether true crime media has been demonstrated to have had direct impact either on criminal justice and law or on encouraging emulations of some prior crime.

Lisa, this is a very interesting topic, and I rather liked the explanation you found on why people watch and consume true crime media “The author argues that this genre can help reduce anxiety in some individuals by exposing them to the worst possible scenario, providing them with a sense of control, as well as insight into the mind of the person committing the crime”. I agree with this, as I rather enjoy listening to true crime podcasts. These stories entertain me for hours on end, as I love the psychological aspects that these stories encapture. I would be interested if you could do another article on the effects of true crime stories on paranoia and anxiety.

Lisa, I commented on your last post about mental health and crime, and while I liked what you said there, I think this discussion is even better. I completely agree with the fact that true crime has many pros and cons to it. While there are some harmful factors, there are also ways that true crime is opening up discussions about injustice and change for the future. It would be interesting if you could add some information from articles on how true crime shows have directly influenced something that a person or people have done.