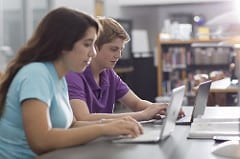 There’s no doubt that after a serious and dangerous event, we begin to take safety extremely seriously. We saw this after November 11th, 2001. We saw it after the Hurricanes that hit in 2017-2018. And we see it time and time again with school safety. We begin to create organizations and from policies that will best protect our people. For 911 we began to take airport security (TSA) very seriously; you cannot make any joke that threatens anyone’s safety. With the hurricanes, we have people predicting where they will hit in the future, and we warn the people well in advance so they can evacuate. Now for school security, we have been making lots of changes to school policies including there being an officer on site at all times, and even clear backpacks that students are required to wear.

From the three articles that I read about the recent School Shooting in Florida, I learned about all the changes they’ve made to school policies that regard safety. For example, they are installing metal detectors so students can’t bring in guns, they make students wear clear backpacks (according to BBC.org) so they can see what’s inside, and the school is putting in a certain amount of money to pay a police officer to be on site during school hours to ensure the security of the students. This is something being adopted by many schools nationally according to the palm beachcoast.com. School safety is becoming a huge deal in our country, which is great.

I hope we can create more ways to enforce safety in educational places. From one of the articles, it sounded like the shooter just “walked in the school with ease” so I hope schools lock doors and use other means of security to keep these people out. With every safety measure, we hope that it makes this country that much safer, protecting our right to education, safety, and general well-being.

I annotated this article on Now Comment, check it out here!

Photo by NEC Corporation of America

Thank you for sharing your very interesting point of view on the topic, Johnny. Although I believe the idea of having transparent backpacks is a safe precaution to see what students bring on a day to day basis, I do not think it is the best way to secure the safety of students from gun violence. I personally believe that the best way to solve issues regarding gun violence is to place stricter laws on who is able obtain guns. That way students are not able to access weapons of such violence. One of the other points made is that teachers should be more equipped with weaponry by providing them with guns. I think this will only cause the issue to be worse due to accidental or purposeful deaths that occur with the nature of guns themselves. The other problem I see occurring with transparent backpacks is based on the self expression of students. Although it may seem like a minor inconvenience that students will not be able to full express themselves through their backpacks, I think the issue could be a large problem. Most children lose artistry with dress codes and uniforms and would not want to give up the only self expression that they have, which is backpacks. Even though transparent backpacks are not going to solve all of the issues revolving around gun violence in schools, it is very inspiring to see that the conversation about safety in schools has began.

Johnny, I like that you brought this topic to light. The recent school shootings that have been happening are devastating and I’m glad to see them taking more precocious measures like “students wear clear backpacks.” But I also don’t think the best way to stop violence is to bring on more policemen with guns. It may feel safe but some it may feel like another person with a gun is entering the school which makes them feel even less safe. Here’s an article that I think you would like reading. https://www.theatlantic.com/politics/archive/2018/04/this-is-also-gun-violence/556595/
I like that you want safety in schools and I hope to hear from you soon.

This is an interesting topic, Johnny. I think that having protective measures such as TSA and people to research hurricanes are good, but I would rather see regulations on who can own guns and physical building security for schools. What is your opinion on having clear backpacks, metal detectors, and police in schools? In the future I would love to see more information on how people are reacting to these measures and if they impact the learning environment.