A Tragedy that Could Have Been a Friendship

Home A Tragedy that Could Have Been a Friendship 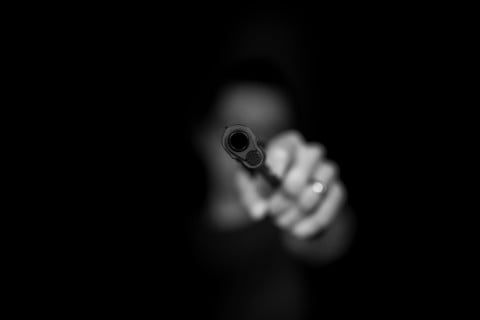 Tigo, the protagonist in “The Last Spin,” has a few traits that influence his relationships with others. (See my comments on this story on NowComment.)

One, Tigo is active. Two, Tigo is careful. Three, Tigo is friendly.

These traits influence Tigo’s relationships with others. Tigo is an active person because he be on the street and he could not be playing around with some dumb stuff,like for example when it says “The jacket told Danny that Tigo was his enemy The jacket shrieked, “Enemy, enemy!”. Meaning that he has to be active no matter what.

Tigo is careful because when he shot the gun at the party club according to “The Last Spin” it said “Tigo nodded. For a moment, their eyes locked. Then Tigo shrugged, and fired” Tigo is also friendly because when Danny and Tigo were at the club Danny felt not secure according to “The Last Spin” it  said “Danny hesitated an instant. He did not want to pick up the gun. He felt sure that this time the firing pin would strike the percussion cap of one of the cartridges. He was sure that this time he would shoot himself.”  Danny  once told Tigo that sometimes he feels turkey and Tigo answers him with a “I feel that way sometimes, too,” Tigo said. I think Tigo was trying to help danny because he knew that Danny was going through a bad time so he also told him that he was also like him and Danny tells him that he had never said that to anyone as if to say yes to him I tell it’s because he and Danny are good friends and trust each other.

It comes into play here when Danny tells Tigo “I never told that to nobody,” Danny said. “The guys in my club would laugh at me, I ever told them that. Some things you got to keep to yourself “ meaning that not everything you pass through and how you think you have to keep it to yourself because people like to take advantage of the weakness of the people so I think that Danny is trying to say he can’t believe in anyone. According to “The Last Spin” Danny tells Tigo that ”there ain’t nobody you can trust in this world” letting Tigo know that in this world you have to live on your own for your own good and can’t trust any people that you might know.

Later, in paragraph 118, Danny interacts with Tigo, he basically told him that it was his turn to take the gun to try to kill himself. Tigo answers him with “I know”. According to “The Last Spin” it says that “ Danny watched as Tigo picked up the gun” and he asks Tigo if he’s been row boating on the lake, Tigo answers him saying “Tigo looked across the table at Danny, his eyes wide. “Once,” he said. “I went with Juana.” I think that Danny never went over there because he asks Tigo “”Is it … is it any kicks?” Tigo answered him as if he already knew that he had never been to the lake. According to “The Last Spin” Tigo answers Danny by saying that “Yeah. Yeah, it’s grand kicks. You mean you never been?” and Danny answers him honestly with a “no”.

I think Danny felt very happy because Tigo did not shoot himself that time. I think he was excited because he still has his friend alive.” Sure, you can,” Tigo assured him. “Listen, what’s there to be afraid of?” He slid the gun across the table” I think that tigo answered him by sliding the gun across the table meaning that gun is his answer.

Dear yeiro
I am feeling sad about your post, “A Tragedy that Could Have Been a Friendship” because when they agreed to build a friendship with eachother the cartridge wasn’t empty that time
One sentence you wrote that stands out for me is: “I think Danny felt very happy because Tigo did not shoot himself that time. “ I think this displays the care Danny has for tigo because he was happy that the cartridge was empty and tigo didn’t end up losing his life
Another sentence that Stood out to me was: “I never told that to nobody.” This stood out for me because even though they don’t know eachother very well they still felt as though they could tell eachother anything without the feeling of judgement they get from their gang members
You seem to like stories involving crimes Have you read “on the side walk bleeding “ I thought you might be interested in this because of the similarities it had with “the last spin”
Thanks for your writing. I look forward to seeing what you write next because your post was a well rewritten response to “the last spin “