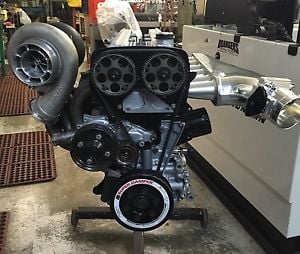 So far,the best car in the world at least for me. “The A80 program began in February 1989 under various teams for design, product planning, and engineering. By the middle of 1990, a final A80 design concept from Toyota Technical Centre Aichi was approved and frozen for production in late 1990. The first test mules were hand-built in A70 bodies during late 1990, followed by the first A80 prototypes being hand-assembled in 1991. Again using subframe, suspension, and drivetrain assemblies from the Z30 Soarer (Lexus SC300/400), pre-production of the test models started in December 1992 with 20 units,”this car is is illegal for the United States because is to fast for the police is that the government says the do not even try. With a engine 2JZ And 800 or more Horsepower that car is a monster “The car was completely redesigned, with rounded styling and featured two new engines: a naturally aspirated Toyota 2JZ-GE having a power output of 164 kW (220 hp; 223 PS) at 5,800 rpm and 210 lb⋅ft (285 N⋅m) at 4,800 rpm of torque and a twin turbocharged Toyota 2JZ-GTE having a power output of 206 kW (276 hp; 280 PS) and 318 lb⋅ft (431 N⋅m) of torque for the Japanese model”

Dear eduardo
I am impressed by your post TOYOTA SUPRA because…
1989 under various design, product planning and engineering teams and
the pre-production of the test models began in December 1992 with 20 units
One sentence you wrote that stands out for me is: ‘’ chido I think this is something awesome because : the toyota supra is the best car in the world per his structure and for his years of dedication Thanks for your writing. I look forward to seeing what you write next, because… your post are interesting by your information about cars the history of the cars and your life