To what extent does media control society?

Home To what extent does media control society? 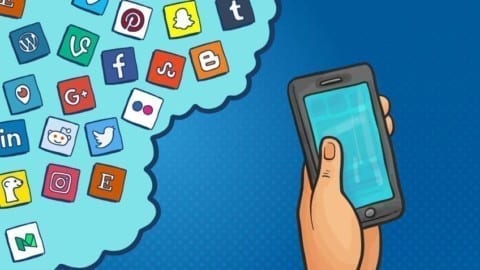 In today’s impressionable world, media is more spread and more accessible than it ever has been. This has strong potential to produce different forms of a hive mentality whether it be politically, religiously, or even affecting things such as music or fashion tastes. The information outlets present today spread news and media around the world in seconds for anyone to view. Social media platforms allow anyone to send out posts and view all of those of celebrities or just people in their circle. So how does this change us as people?

Malcolm X once said, “The media’s the most powerful entity on earth. They have the power to make the innocent guilty and to make the guilty innocent, and that’s power. Because they control the minds of the masses.”. This quote still resonates with our society today. Media can alter our perception of anything, an idea, a person, a whole other culture even. Our willingness to accept information fed to us decides what our opinions on matters will come to be, well capable of making up our minds for us. The potential for great failure here comes from misinformation and biased pieces, creating false impressions on consumers and feeding inaccurate information to people.

With easily accessible platforms such as Facebook, which approached 2 billion users towards the start of 2017, there is no shortage to the spreading of ideas, news, and any sort of propaganda. More and more people seem to be moving away from reputable magazines and newspapers and are gravitating towards social media platforms as their primary news source. For better or for worse, the world can communicate more and more, despite that communication spreading both truthful and inaccurate information.

Ed, nice post! I enjoyed how you presented the information and discussed the psychological effects media has on us. I feel that there are many benefits and downfalls of social media and it seems that you have highlighted some of these too. I think you could expand on this post and elaborate on the psychological effects that media has on the brain. This can be found on http://www.cnn.com/2016/07/12/health/social-media-brain/index.html that elaborates on how the teen brain responds to certain things on social media and the overall effect it has on development.