To the President; We Are Killing the Earth

Home To the President; We Are Killing the Earth 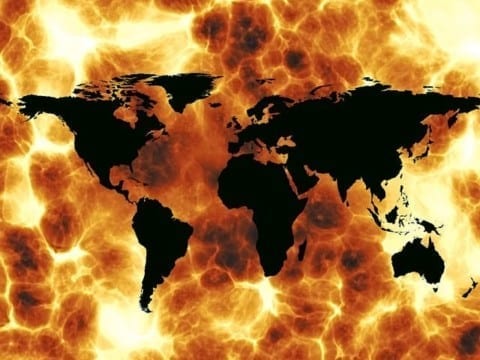 The environment is literally the base of all life on Earth. It makes everything go round. But the problem is that the Earth is dying at an insanely fast rate. This is more of a problem than we are letting on.

There has been a high rate of natural disasters affecting the coast of the United States in Texas and Florida, and also all of Puerto Rico. All of these disasters happened within an extremely small time frame and we shouldn’t overlook it as some natural phenomena. A Puerto-Rican named Alejandro (@agarciapadilla on Twitter) tweeted a picture of surgeons conducting a surgery using a flashlight from a cellphone. The polar ice caps melting play a large role in the hurricanes, which sprouted from, you guessed it: global warming.

That is just touching on the topic of global warming. The earth has heated drastically since 1910. Daniel Glick mentioned in an article that Glacial Park has significantly just diminished. In 1910, there were 150 glaciers; now there are only a shrunken 30. Many people do not believe in global warming, but what else could have caused that?

That’s not our only focus in our environment. #SaveTheBees has become a more popular trend lately. All for a good reason. The simplest and harshest way to put it is; without the bees, everyone dies. Everyone knows that bees pollinate flowers. But bees also pollinate; plants, trees, and grass. Even beekeepers in the UK are finding it hard to sell their honey for a low price since it is so scarce, mentioned by Nabila Khouri, CNN.

It is our responsibility as a human race to save what we have left. To save the Earth, we must stop with deforestation. Things we can do is carpool to release less carbon emissions into the atmosphere. That alone would help us significantly. If we used solar energy, we would have no need for fossil fuels. We must protect what we have left before there is nothing left.

Alexandra,
I’m so happy to see that other people like yourself care about the environment. Just thinking about how the planet is ‘dying’ stresses me out to no end. I agree with you that the President can and should do more about this issue. I think it was an extremely rash and flat out dumb move the President to pull out of the Paris Climate Accord, making the United States the only major country who hasn’t signed it. Something needs to be done before its too late! I really liked you’re sentence, “It is our responsibility as a human race to save what we have left”. Not only do I agree with it, but it’s a very powerful and moving statement. Thank you for your post!

Alexandra, I love to hear that you find this issue as important as you do. The state of our Earth worsens with each passing moment and I agree that serious steps towards recovery need to be taken now. I love that you mentioned #savethebees as well as bees are often over looked as being important. It’s about time that people stop expecting others to fix the world while they continue on the way they do! This is a wonderful letter and I hope you keep writing in an attempt to motivate others to help our planet!