To Eat or Not to Eat

Home To Eat or Not to Eat 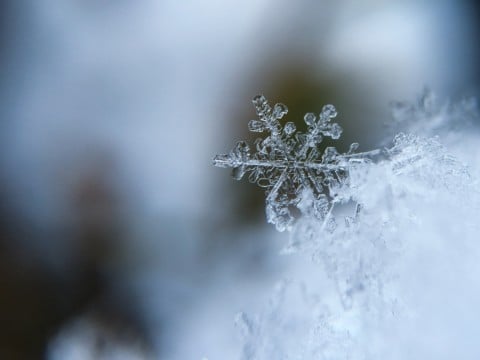 In typical winter fashion, Illinois has been faced with multiple snowstorms leaving behind layers of thick, sparkling snow. Conversely, states on the other side of the country, and not accustomed to the snow, have been mesmerized with the “rare” element. Like any new thing, the internet has taken the snow by storm, and the trend of consuming “fresh snow” has arisen. Platforms such as TikTok, Twitter, and Instagram are just a few sources that have showcased unique snow-dishes, including tall glasses of melted snow, snow root beer floats, and my personal favorite, snow-based snow cones. Coming from a state that regularly receives snow each year, I have always been taught never to consume the snow, but these recent recipes have left me wondering whether I have been missing out or not.

According to NPR, I was right to leave the snow to my eyes. In interviews with scientists from various universities, the chances of receiving pure water in snow are slim to none. One researcher, John Pomeroy, compares snow to an atmospheric scrubbing brush that collects pollutants and pesticides that may be lingering in the air. While not entirely deadly, Pomeroy recommends letting the snow settle a few hours as “the longer the snow falls, the lower the pollution levels in the air, and thus in the snow” (Bramley).

In addition to the pollutants in snow, an article from premierhealth.com emphasizes the different microscopic minerals that find themselves weaved inside the snow, including dirt, black carbon, pesticides, and chemicals from motorized vehicle exhaust. Additionally, they remind the public of the bacteria that thrive in the snowflakes. While these contaminants vary depending on location and environment, medical professionals recommend to “stay away from plowed snow as well as snow that looks dirty, and, of course, the yellow stuff” (“Eating Snow: Dangerous Or Delicious?”). Of course, eating dirty snow does not surprise everyone; they still remind everyone to be smart about what they consume.

While these two sources advise steering away from eating snow altogether, author Korin Miller has a different approach. In an interview with the director of New Jersey Poison Information and Education System, Diana Calello, Miller reports that, ultimately, snow is “safe in small quantities” (Miller). While a small amount is non-toxic, consuming a large amount, especially if left stranded in the snow, can lower internal body temperatures and a higher risk of infection.

Even though these social media posts look quite appetizing and tempting, my research has, yet again, proved that my mother is always right- like usual. Although snow is not harmful in small quantities, the risk versus reward factor is not worth it, in my opinion. So if you want to make a cherry snow cone using the snow from your yard one evening, by all means, have at it. Just keep the treat out of your daily routine.