To Bi or Not to Bi: Exploring Bisexual Representation in Media

Home To Bi or Not to Bi: Exploring Bisexual Representation in Media 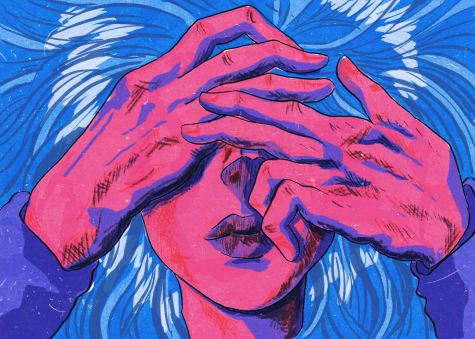 As the population of individuals who identify as LGBT in the US rises, hitting a record 4.5% (Newport), we must carefully consider how we represent those people in media. Even while representation improves, there are always certain groups who get treated with less nuance and end up with a smaller portion of the spotlight. Bisexuals are one such group.

It is not rare for people to see the world in binaries, yes or no, light or dark, gay or straight. This is especially true in media, where it is far more of a challenge to present a holistic view of a character. Bisexuality falls into a gray area in this case, both in real life and on the screen. A common reaction is to insinuate that bisexual people are confused, that they need to pick a side. These kinds of doubts and dismissals often follow people around as they strive to figure out their identities and place in the LGBT community and the world as a whole. Media can be a source of comfort and validation. Seeing characters that are living through similar situations, are part of the same communities, that they can connect with can give people a sense of strength and acceptance. The ultimate goal of this is to ensure that LGBT youth feel like there are other people out there like them and that they are accepted for who they are

Unfortunately, there are not many fleshed-out characters in popular media that can fulfill these roles, even less so for bisexual men. The only way to move forward is to include bi individuals as major figures in the creation, development, and portrayals of such characters. When discussing one of the first bi characters to break through the ice, Callie Torres from Grey’s Anatomy, actress Sara Ramirez states in an email “I realized I was in the unique position to be able to develop a character that made me feel seen and accepted in areas I typically found myself apologizing for my existence in. (….) with room to explore a wide range of universal emotions about it.” (Framke). Having people from the bi community at the wheel can give the feeling that characters actually reflect the community that they are a part of. But a big part of this is also making sure to have different approaches to sexuality. While many in the community may have similar experiences, not everyone presents the parts of themselves in the same way. Having both casual and serious realizations, questioning periods, and coming out stories is vital to showing that a character is not a token bisexual, but rather just a person who loves others in a way that is fitting for who they are. A valuable part of that is not dismissing past relationships and attractions in order to have the character become just gay or just straight, because it continues to enforces a misconception that people cannot exist in shades of gray.

I invite you to read and comment on this article with me on NowComment:
“How bisexuality on TV evolved from a favorite punchline to a vital storyline”

Dear Lisa,
I was excited to read your post because you mention not only bisexuals but LGBTQ in general. I really liked how you added a quote to further explain your thesis. My favorite line is “The only way to move forward is to include bi individuals as major figures in the creation, development, and portrayals of such characters.” I enjoyed this quote because you mention the development we could have if bisexuals were included. Thank you for writing, I look forward to your next text.
Kayla Castillo