To All The Boys I’ve Loved Before

Home To All The Boys I’ve Loved Before 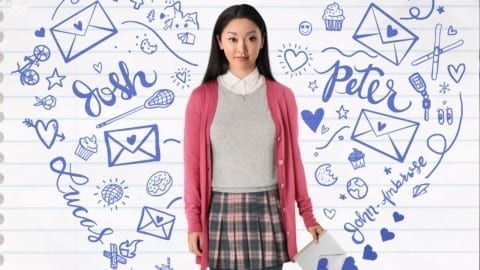 Recently, I read To All the Boys I’ve Loved Before by Jenny Han. I relished the fake love/real love aspects the author played with, and how in the end the protagonist finally found the person she was looking for.

The protagonist is Lara Jean. Her story is set in her second year of high school when she was 16 years old. The significance of the high school setting is that she is described as the girl who’s considered a “nobody” that stays in the shadows. Until she begins to “date” the most popular boy. This area matters most because the book is described as the daily life of a teen, and what they would experience.

The reason she begins to date the popular boy/aka Peter is because of letters she once wrote to people she’s had a crush on. “Lara Jean keeps love letters to all the boys she has ever loved in a teal hatbox”. One of those crushes being her older sister’s boyfriend Josh.

Soon after it is finally time for Lara’s sister (Margot) to leave for college, she breaks up with her boyfriend.

Leaving Lara Jean, (who once had a crush on Josh) feelings for him to come back after Margot leaves for school. The continuous amount of letters Lara has written were never supposed to be sent out. She only wrote them for her well being,

But one day, Peter Kavinsky, one of the guys Lara Jean wrote a letter to, approaches her and tells her he does not have any sort of attraction to her. Lara Jean is confused but realizes that he is referring to a letter she wrote him years ago after he received it in the mail. “Horrified, she tells him she wrote it a long time ago when they were in seventh grade, playing a game and Peter kissed her.”

That night, Lara Jean cannot find her hatbox at home. And she hears Josh come over and “hides in a treehouse she used to spend a lot of time in as a kid.”

The next morning at school, Josh asks her about the letter to him. She lies and admits to Josh that she is dating someone else which leads her to kiss Peter as he walks by in the middle of the hall. But to her surprise he kisses her back.

Lara Jean later explains her situation to Peter. And he decides to go along with the lie that the two of them are dating, To make his long term ex jealous that just broke up with him.

The significance of the setting shifting from Lara Jean being a loner in high school to Lara dating someone in high school is that she is starting to be seen by everyone and everyone is involved in the drama of her and Peter’s relationship.

She can’t go back because everyone will know that she is lying, especially the boy she is hiding from by dating Peter.

Lara faces certain forces and pressures. When her class takes a ski trip in a cabin. She meets these forces and pressures by deciding to spend more time with Peter because she feels that her feelings for him are real now and she is no longer faking the relationship.

The tension rises when Lara gets into a hot tub with Peter and they both admit that they have REAL feelings for one another. This might leave a reader feeling excited. Because their relationship is cute and there are moments when things looked like they were actually together.

The book climaxes when The school gets back from the trip and there is a rumor going around that Lara feels humiliated by and Peter doesn’t deny. Leaving Lara upset at Peter and them not talking for the whole Christmas Break.

The falling action ultimately resolves the conflict. When Josh comes over to Lara’s house to see how she’s doing and admits once AGAIN that he has feelings for Lara, Leaving Margot to hear and find out. But soon after Margot isn’t upset anymore and accepts Lara’s apology.

After things have cooled down between the two, Lara’s other sister Kitty admits she’s the one that sent the letters out. Lara’s mad for a little but brushes it off and accepts that Kitty was just trying to help, when she says that “Peter really cares for her” and returns the hatbox that is now filled with notes that Peter gave Lara Jean while they were fake-dating. As Lara reads them over she has a change of heart and wants to get back with Peter because she loves him. Writing a new letter to him, all about it.

The resolution is person v person because Lara and Peter get back together in the end and enjoy their REAL relationship.

Drew, you are right now, summary and all, loved the movie and loved how it’s a happily ever after with their relationship. I would like to watch the movie all over again but it won’t have the same feelings as the first time. Love the writing and can’t wait for more perfectly explained movie summaries.

Hey Drew,
I honestly loved reading your analysis of the story. I have watched the movie before, but your analysis and interpretation of it made me feel as if I were reading it for the first time. I loved it honestly, now I want to rewatch the movie because of all their cute moments. I also like your format and how you summarized the story yet it was simple. I also like your word diction and your sophistication with it. Overall, I just really love how you made this topic so interesting, I loved it! I can’t wait to see what you write next.
Sincerely, Diana