Home Through My Eyes 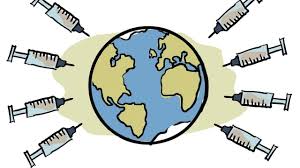 As the days continue to fly and the family gets older there comes another stage in the boys life at that is “Stage II: adolescence – early adulthood – adulthood.” When I was a boy I was naive to the true uglys of the world and never believing I could never experience a life style so old could be resurrecting. My lack of awareness made me vulnerable to the world, for normal mischieves behavior of a child I could have been seen as a threat to others; playing ding-dong-ditch at night, playing with BB guns, or being out late. In all of those cases I could have been mistaken as a threat and my life would’ve ended. For Tamir Rice this wasn’t a possible outcome, this was the outcome for this young soul. 12 year old Rice was simply playing with his BB gun, just as I did, when a police car rams its car into the park and fires on first sight. Samaria Rice, Tamir’s mother, was heard saying “when I close my eyes to try to get some rest all I can see is my son getting shot.” Mrs.Rice didn’t only lose her son but she also lost the case that didn’t justify the death of her brown boy.(my mama used to call me my little brown boy and I don’t know i just wanted that in there it’s nice) That’s just one worry out of thousands that could’ve possibly ended my life at a young age. As I began to open my eyes to the lows of the world, my parents would discuss the societal disgust that my eyes were too young to see. Microaggressions for example, which were constantly happening around me but I was too naive to realize. I spoke with a resident from Grand Rapids, MI who talked about her experience with micro aggressions. Marilyn Genia gave me a story about her two black grandchildren who were being brought to daycare and when approaching a white family who was holding out money quickly stuffed the money in their pockets and scampered into the building. Genia claimed “This is just an everyday struggle for black men and women, young or old. We just gotta learn to except that that’s how life will always be for us.” To go through life being constantly degraded, affects the black youths self-esteem. Even for myself I am affected from all that judgment with horrible insecurities, always worrying if I’m good enough. Going into my later childhood years I was beginning to see the tip of the iceberg- realizing that my life is different and most times unfair. What I couldn’t quite grasp was stereotypes and derogatory terms. Imagine being the only black kid on the lacrosse field, with teams full of wicked kids. Your playing in a tight game and all you want to do is win the game, but you hear your opponents voices, tearing you apart: yelling that your hair’s too nappy, your skin resembles shit, and that you won’t make anything out of  your life. As the only black kid on my team I experienced this often and as others in my minority group- 92% of the black population claim to have faced racism. Only 8% of African Americans were able to have the luxury to never feel ashamed of who they are or butchered with words.