This Kind of Discrimination Is Okay?

Home This Kind of Discrimination Is Okay? 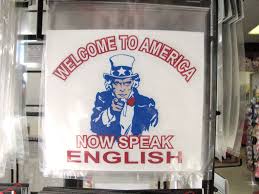 Millions of people travel through U.S. international airports each year for tourism, visiting relatives, business, and other reasons.  Yet, when traveling, many of these people experience trouble or hostility when entering America.  A high percentage of these people are foreigners — some of them tourists, others immigrants.  Foreigners are often treated differently and with suspicion when going through airport customs and immigration.  This issue is called Discriminatory Immigration, and many people, such as those interviewed in this article, have come forward to share their experience. I have a unique, personal perspective on this because one of my parents is a U.S. citizen, but the other is a legal resident (green card holder).  My experience through customs and immigration varies tremendously depending on which parent I go through immigration with (I have the option to go through either line because I currently have dual citizenship).  But why should this be the case? At customs, there are two lines: one for U.S. citizens, and another for aliens, or those who do not have American citizenship.  At the head of the “alien” line is a cold, demeaning officer.  The official often asks harsh questions, assumes that everyone can speak English fluently, and never smiles.  But at the head of the American line, the officer will most likely address you with a ‘ma’am’ or ‘sir’, ask how you are doing, and let you pass without any trouble.  The officers for those lines are not  necessarily warm, but they are certainly more friendly than the officers for the “alien” line.  Those entering or re-entering without American citizenship are more likely to be held up for extra questioning or inspection as well.   Of course, sometimes there are safety and security reasons why officials legitimately stop people to check them over more thoroughly, but there is also the assumption that foreigners pose a threat to America, as cited in this article.  I realize that all countries probably show more respect to their own citizens than to non-citizens, but the difference should not be as drastic as I have experienced it to be.

Naomi, this post is personal, effective, and strong. I admire that you decided to write about your personal experience that ties into the problem of discriminatory immigration. I am currently writing a research paper on bias in immigration and reading this article really helped. This helps me prove a point, and I would love if I could use your post as a source. Great article.

Naomi,
This topic is really interesting, and I never knew about the “alien” line (I’ve never been on a plane before). I can understand why people could be frightened letting others into our country because of our past experiences, but I don’t feel like that’s a good reason to treat people with disrespect. How can we change this? Will the US ever be excepting of other people? It seems like this is a common issue.

Hi Naomi, I love this piece and what makes it even better is that you have experienced it first-hand. I wasn’t aware of the difference because I’ve never had to experience it, so thank you for enlightening me. This issue is very sad and frustrating. What do you think can be done to change the way that US citizens and customs view immigrants/foreigners?