This is who I am by Jose Tello

Home This is who I am by Jose Tello 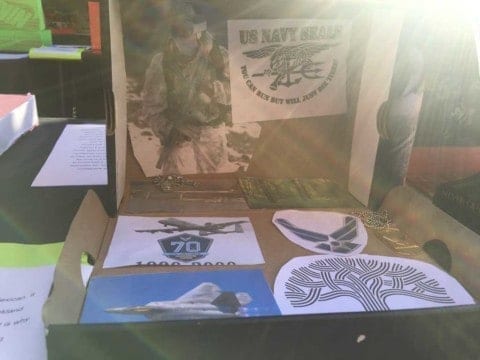 The shadow box represents who I am as a person and it represents what I love and appreciate what I have. It shows who I want to become as a learner and person in the future. I put objects that will represent me later on in my life, it shows that i want to become a USAF pilot and that is what I would love to do for a living. But I also put objects that represent me in a Mexican way, as a mexican musician because I love Spanish music one it’s because it represents me and two it’s because i love playing it. I play a valve trombone and I love playing it like whenever I get bored I just play and that’s how I get my boredness out of me. I also love the country where my parents come from, Mexico and I put a Mexican flag because it represents me as a Latino a proud one. Me being a musician also represents me as a Latino and for me playing in a banda it’s like a traditional thing I have to do. But everything in that box really represents who I am and who I want to become in my future, it represents what love the most in my life as well. 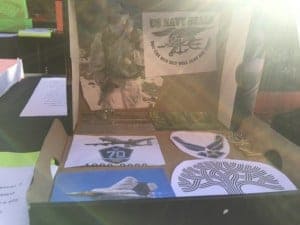 I am very interested in your shadow box because i learned new stuff about you. It has lots of objects that represent you as a person. I learned that you really like to play instruments like valve trombone. You like to play when you’re bored because then you won’t get bored. Another thing that stood out to me was that you are mexican because i am also mexican because it also represent me as a latina. Thank you for your amazing shadow box I learned a lot of interesting things about you.

Dear Jose,
Thank you for sharing your work. My name is Daniela and I am a student at Fremont High School. Something I liked about your work is that you said your proud to be latino and you should be and no one should change that. It’s a good thing to be proud for who you are. Something I have a question about is how you said you want to be a mexican musician or a USAF pilot which one would you rather be? Why? Please feel free to comment on my work in the future. The address to my student blog is Danielaofhs2021.
Thank you!

Thank you for sharing your work. My name Dorlin Lopez and I am a student at Fremont High School.
Something I liked about your work was how you put your Identities in the shadow box about what the thing you like .
Something I have a question about is what part of mexico are you. Please feel free to comment on my work in the future. The address of my student blog is dorlinlfhs2021.edublos.org
Thank You!Dear jose tello,

well thanks for commenting on my work dorlin, i showed my idetities to see how people would react to it and so that people can see the real me. Im not from Mexico im from oakland, my parents where born in Mexico. My mom in Michoacan and dad in Tlaxcala by puebla. BUt thanks again, I would love to comment on your work.