The Fear of Change Halts Progress 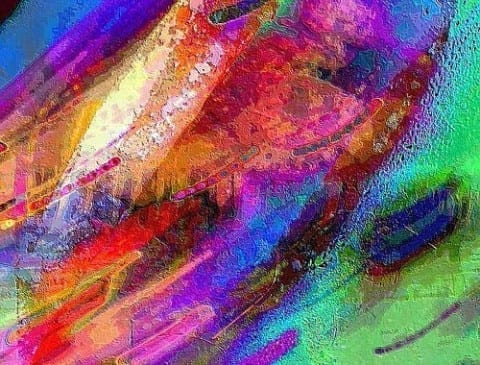 I believe that change is, far more often than not, of benefit to humanity. Unfortunately, though, we as humans fear change. It is the unknown, and the unknown may be worse than the current. Like it or not though, change is the sole path with which we may progress.

Change causes fear. It is a natural reaction that none of us are immune to. I had moved when I was seven and was terrified of the change in scenery. I worried that I would lose the friends who lived in the apartment building I did and that I would have no friends in the neighborhood that I was moving into. The first fear turned out to be true, but the blow was not even felt due to the second fear being baseless. If I had let myself be dictated by the fear of change, I would have ended up in a far worse position.

Looking back with perspective, it is quite easy to see how change has made the world a better place. There are near infinite examples that show this, on the other hand, there are probably as many counter-examples showing how changes cause strife, turmoil, and death. One event that clearly outlines both is the French Revolution. On the upside, it spread democratic ideals throughout Europe and irreparably damaged the institute of slavery. The downsides, however, were that the ideas were primarily spread through war and occupations in the following Napoleonic Wars. I concede that change often introduces problems, but the problems are often more to do with the society’s attempts to assimilate/reject the new and the old, rather than an inherent part of change itself.

Change is a precursor to progress. It will eventually and inevitably reform into a better future. We have no need to fear and act against it. Humanity still does anyway, which is what leads to the stagnation of societies and their eventual collapse, but the acceptance of change can lead to a better future without the conflict it often brings.

Hi Abinaov! I completely agree with your post. Change is not something we have to fear but embrace. We always change so slowing it or stopping could cause major issues for everyone in the future. We only learn if we are able to change what we do.

Hey Abinaov, I really enjoyed your writing about change. I thought it was cool how you brought examples from history and also your own life. I especially liked how you told us that change is inevitable, and I think this is a topic that can be expanded on. In my opinion most often change that is out of our control is what’s most inevitable and has the biggest consequences. However I find that these negative events or changes are often the best type. I believe that in the face of adversity and turmoil is when individuals and whole groups can really grow and blossom. If people are never pushed than they can never achieve there true potential, so no matter what the change is you can always make something positive out of it.

Abinaov, your perspective on change really spoke to me as when I was younger I moved states and was very worried about the friends I would lose, and if I gained any. Change is something we must become accustomed with because it is the only way we can accept all, and discover who we truly are. Thanks for your post

Abinaov,
I really enjoyed your writing, and I have found that it is very true. I am not necessarily frightened by change, but I have certainly been apprehensive towards it many times. Fear is something that does nothing but hold us back, no matter what we are afraid of, and I really see fear as something to overcome. Your perspective was refreshing and it was cool to see what you thought about change. Nice job!

Hello Abinaov! I like you piece as I think you have hit some really key points that a lot of people can relate to. Change can be scary, but that change might ultimately be a good thing. Even if the change is good there is probably still going to be resistance to it because a fear. Whether the reservations to change are rational or irrational there will most likely be reservations in one way or another. Thank you for sharing you opinion. Keep up the good work!

Hi Abinaov, it’s nice to hear this perspective on change. I, too, find myself frightened by change, but in my personal experience, it doesn’t do well to dwell on the fear that change may cause. It is often better to move on and react to the change positively, rather than being worried about it. I enjoyed your writing. Nice work!