Home This I Believe 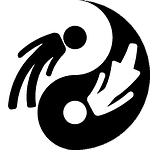 I believe that women are just as capable as men.

From a young age, boys and girls are told that they can grow up to be anything they dream of if they pursue it at full force. Now I’m 16 and have been hit with the harsh reality. I’ve been told that I’m not fast or strong enough to participate in sports at a collegiate level. Hearing this tore down my confidence and it became hard to find motivation to go against people’s opinions. My pears think it would be extremely difficult and tiring to where I “wouldn’t be able to handle it like the boys can”. If anything I like the things that make me tired and sore, the adrenaline starts to pump through my blood allowing me to do things without much thought, only muscle memory. Sports are a stress reliever for me, practice is a time where I can escape the stress from high school and only focus on what I’m doing in the moment.

One of my very first experiences with this gender issue was when I was eight. I had been playing soccer at age five on a coed little kid team out in Dewitt. The next year, teams started to form by gender. I didn’t really have any girl friends so my mom signed me up to play with some of my old boy teammates. I played on the boys team for two years and had a blast, but going into the third season parents started getting concerned for my safety when going up against taller and more aggressive boys. That year I ended up switching to a girls team although I wish I wouldn’t have because I felt that gender and strength difference wasn’t an issue for me. The following fall of 5th grade I joined the boys flag Football team through Okemos. Some of my guy friends invited me to play with them so I thought I would give Football a go. I had a lot of fun with my friends and loved playing the (noncontact) game. The cool thing about it was I wasn’t the only girl, we played another team who had Grace Richardson, one of my best friends today. We didn’t care that we were the only girls, we were just there to play and have fun while doing it.

Boys are always stereotypically stronger, now I realize that genetically they have the hormones and muscle make up to be just that, but  I believe that women are stronger in different ways and can be just as good at something if not better. In today’s society, we compare oneself to others to see who is better at tasks but only between the lines of genders. The sex discrimination  issue isn’t as bad as it use to be, over the years we have seen improvement in the work force and government but I believe there is still room for more improvement.