You Attract What You Think

Home You Attract What You Think 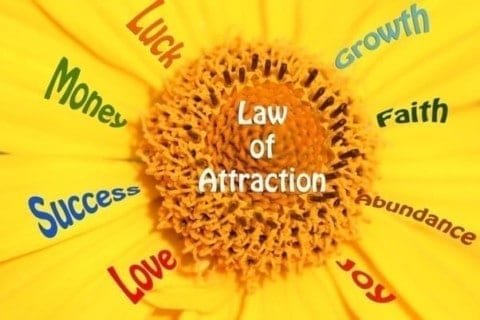 Youth Voices
You Attract What You Think

The law of attraction can shift your entire life, only if you grasp how it works and absolutely believe in it. The law of attraction can essentially be interpreted as, “you attract what you think.” You target things you desire the most, rather than the stuff or baggage that you don’t care for. For instance, if things aren’t going great financially, you should focus on the positive, and be grateful for having a roof over your head, and food in the fridge. The Universe will reward you and make things better. Though instead, most people stress over never having enough money. Those thoughts manifest, and the Universe will offer you more monetary complications.

I came across a book called “The Secret” written by Rhonda Byrne around 4 years ago, outside my school. The cover was very old-timey, I picked it up thinking it was going to be a book about pirates or something, only to find out that my biggest icons practiced the law of attraction. Big Sean, Jim Carrey, everywhere from comedians, to rappers, to even Nobel Prize-winning Albert Einstein. It was hard for me not to be curious, so I went home that day and decided to do more research on it.

Although a lot of people believe in the Law of Attraction, there is really no scientific evidence to support it, and it has earned the title of being a pseudoscience, which can translate to a series of theories, beliefs, or practices that are considered scientific, but have been disproved because it can’t be tested. How could I be fooled into believing in a law that is under the same category as Bigfoot or El Chupacabra?

I decided that changing my lifestyle and trying to even just have more positive thoughts never hurt anybody. I would wake up and give thanks for everything I have, health, a loving family, free education, etc. I started noticing small changes in my life, which at the time I mistook for bits of luck. Finding money on the floor, having someone pay for my drink at Starbucks, it was all happening because I was manifesting my positive thoughts. After reading that the Law of Attraction was a pseudoscience, it bummed me out. It had just as much proof of being real as the Flat Earth Theory does. I stopped reading books on the LOA, stopped giving thanks, and even got to the point, where I started letting my temper and head flood with negative thoughts. I realized that my life was obviously better before. I decided that even if it wasn’t scientifically proven, and not accepted by most, did it really hurt me to dedicate 15 minutes to practicing positive thoughts and affirmations? No, of course not.

You cannot see the Law of Gravity, but it affects the whole world every day, and the LOA is a law, just like the Law of Gravity. Understanding the concept of the Law of Attraction is something that will take effort and patience in your part. I practice the LOA and will continue to practice it by keeping up with my vision board, avoiding the word “no,” being kind to everyone that I come by, so that in the future, I will only have positive situations happen to me, and to manifest everything that I aspire to have and be.

This was such an interesting article to read. I like how you were able to describe a somewhat confusing phenomena by using your personal experience. I think that we are constantly told by our parents, teachers, and friends to think positively, however, this can be very hard to do when you are at a low point and it seems like there is nothing to be joyful, or grateful for. I know the this would be a very hard thing to test with science, but I hope that there can be some sort of experiment in the future.
http://www.thelawofattraction.com/what-is-the-law-of-attraction/

Angela, I agree so much with what you’re saying. Positivity is a mindset. Although not scientific, it can still effect our lives day to day. We can take a load off of ourselves by not letting things out of our reach weigh us down. Being open minded literally opens us up so much more than embracing negativity and barriers.

Angela, I really liked your thoughts on the law of attraction. I agree with you when you said that good things will come your way if your positive and optimistic.

Angela,
Although there may be no scientific evidence to the law of attraction being as real and true as gravity, there is evidence of people thinking positive thoughts and thus being able to notice the small things, such as finding money or having someone buy you a drink. Psychologists have done extensive research on whether or not thinking positive thoughts affects your day to day life.
Here is a link from Harvard that displays how positive thoughts can be linked to healthier living.
https://news.harvard.edu/gazette/story/2016/12/optistic-women-live-longer-are-healthier/

This is a great take on the Law of Attraction. I agree with you that it is difficult to dedicate time to something that is categorized as a pseudoscience, but you make an amazing point that it doesn’t hurt to try. Positivity is a driving force in happiness and applying the Law of Attraction to your life, despite its lack of evidence, can be a tremendous help. One other practice that can be useful is a gratitude journal. By acknowledging what you do have and what you appreciate in life, your positivity spikes.

After reading your post, I agree with what you’re saying about how we attract what we are thinking about. I have heard that you attract what you fear in the past. I think that’s true. In sports for example, if you fear injury you are more likely to get injured.

Angela, I enjoyed reading your take on the Law of Attraction. I had no idea such law existed. I liked how you explained it and then how you applied it to your own life. You, in a way, provided “evidence” that such law exists or is true in using your own life experience as an example. Overall it was very well written. I was wondering if you had shared this theory with perhaps your friends or family and maybe provide their experience as well. Could they have the same if not similar results?

Angela,
I enjoyed your entry. Even though the Law of Attraction is considered a pseudoscience, I believe it is good to practice positive thinking and actions in our daily lives. Here is a link to an article by Johns Hopkins University: https://www.hopkinsmedicine.org/health/healthy_aging/healthy_mind/the-power-of-positive-thinking. There is scientific backing on the power of positive thinking itself which I believe related to the topic of Law of Attraction. I believe just acting positive can make our lives more full.

Angela, I really enjoyed your article. The way that you compared the Law of Attraction to the Law of Gravity struck me as particularly convincing because it served as a reminder that not everything that is true and present in reality is visible. I agree that the Law of Attraction deserves to be studied in more depth on a more legitimate scientific plane. I also believe that people possess the ability to manifest their own realities. I hope to try to implement this in my own life and I hope to have a similar positive experience. I really enjoyed your point that positive thinking has never hurt anybody, so I might as well try it out.

I liked how in your argument you pulled from personal examples that are easy to relate to in order to support your argument. I thought that this post was very insightful yet still able to be lighthearted as well. I think I will definitely continue reading about this topic in the future. I came across an article about some science behind the law of attraction, and I think it would be an interesting read for you( https://www.huffpost.com/entry/is-there-scientific-evide_b_175189 ).Thank you for sharing your insight. I look forward to reading more from you in the future.

I think it is a really good idea to believe in self discipline and thinking positively about things in your life. While most things are out of our control, we can always control how we react. Keeping an open mind and thinking of everything as having a positive effect can really change a persons view on life. I think this Law of Attraction is something that everyone should try to practice. Focusing on a dream of yours and setting goals is a great first step in self-betterment.

Your statement put a whole new perspective on my life. It’s really interesting to think that if you just change one little thing in your routine, you can be off on a better track than you were before. Personally, I need to start focusing on having more of a positive attitude towards the things I can’t control in my life, and this put new ideas in my mind on how I can accomplish that.

Angela, I found this very interesting to read. I like the way you showed how this can be seen as a real law, but how it can also be seen as something made up. I enjoyed reading how you applied this to your life and the outcomes that came from it. I hope to try this as well and get the same results as you. I would like to know however, how the famous people you mentioned used it in their lives.

Help on Youth Voices
wpDiscuz
13
0
Would love your thoughts, please comment.x
()
x
| Reply
Log in with Facebook
or