Things that happens in America thats not always great

Home Things that happens in America thats not always great 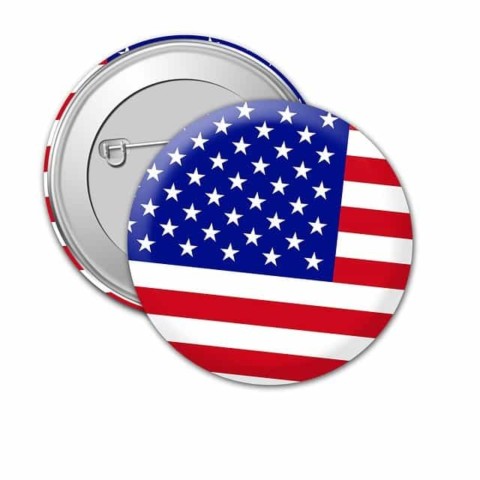 My name is Erick Murph, what I learned from researching Charlottesville is that people protested. The people protested because of the talk of hearing some people was going to remove Robert E. Lee Statue. Some protesters didn’t like the fact that people were trying to stop them from removing a statue that represented a strong white man who was a slave owner.

My experience growing up as a teenager in america was sort of hard. Living with no father or father figure was difficult for me. It was frustrating for me living in a home with 3 girl and me the only boy. Having to teach myself how to play sports with no help. Having to learn to make the right choices without trying to listen to others. Also my mom had a hard time helping me most of the time so it was difficult.

Some of the issues that i would like Donald J. Trump to address is the conflict between him and north korea. I feel like it’s not safe when hes charge also. He does not necessarily do a good job at making choices when it comes to something serious.

I wish the future of america could be total world peace.

Erick, I commend you on growing up in a house as the only male, I couldn’t even begin to imagine the hardship you’ve been through. I think you chose an interesting topic with the riots in Charlottesville. I personally think the people had no right to tear down the statue not to mention its illegal to do so. Your topic here seems to be more about Trump’s presidency in my opinion and what he has done. If you read this article, https://www.motherjones.com/politics/2017/11/ten-great-things-that-trump-has-given-america-in-the-last-year/, it explains some things Trump has done that arent half bad but i agree he needs to grow up a little bit. I also would like to know how you want Trump to address these issues you want addressed. Can’t wait to hear more from you!

Dear Erick
I believe that you have found a great topic concerning the riots in Charlottesville, but perhaps you should go a bit more in-depth into the reasons as to why the riots really started. I found this article on the Washington Post that really goes into detail with the background and aftermath of the protest, and I feel as though it could really help you with your research. In fact, it contained a particular quote that I found interesting myself:

“On Twitter, another report arrived: A helicopter had crashed in Albemarle County, just a few miles from downtown Charlottesville. A little after 7 p.m., officials said, one of the state police helicopters monitoring the rally had crashed. Two state troopers, Lt. H. Jay Cullen, 48, and Berke M.M. Bates, who would have turned 41 on Sunday, were dead. There had been no distress call, the National Transportation Safety Board said Monday.”

I myself wasn’t aware of this development, so I felt that you might want it too. Thank you for sharing this and I look forward to what you find out in the future.

I really appreciate your post Erick,
I agree with you, I believe that the US is not headed in the right direction when it comes to the issues that are being portrayed in the news nowadays. I also like how you incorporated your life into your post and informing us where you come from as a person. That is truly amazing, I liked the line where you state that “[you] don’t feel safe when [Trump]” is in charge. A lot of people also do not feel too safe with the way the president is currently handling the situations with North Korea as well as Charlottesville. I found an article that you may be interested in reading, it is very reassuring article that talks about how the US will be just fine.

Thank you for sharing your thoughts on such a controversial topic. I wish you the best and hope you continue to write because you provide solid insight on topics such as these. I look forward to seeing your future work.

Dear Erick M
I am very satisfied with your letter “Things that happen in America that are not always great,” because I know that it might not be easy to write about personal life. But you had the courage to share out how you feel and I find that very good.
1 sentence that stands out me was the one that you say ” He does not necessarily do a good job at making choices when it comes to something serious.”. I like this because it shows that you are not a racist and the kind of people that thinks that what trump is doing is good. I am not saying that he is a bad person I just saying that he is a person with bad actions. This makes me see that there is still some people that are not oppressor and that are trying to change the world with their voices
Another sentance that stood out to me was “Having to learn to make the right choices without trying to listen to others” this stood to me because like its hard to not listen to others and still try to make a good choice. Making a good choice is hard because sometimes the fun things are the bad things to do and the borig thiings to do are the good things to do. So thats when you have to decide to have fun and make not a very good choice or live life boring and make a better choice. In my own life i most of the time go for the fun and not very good choice. That hasn’t helped me try to best person i could be. But I am not going to lie life has been fun for me. Over all your whole writing was good and I enjoyed reading it.
Thank you for writing and I look foward for to read more of your perspective in how our soicity is doing.

Dear Eric Murph
I am satisfied with your letter “Things that happens in America that’s not always great” because you decided to say your opinion and thought about the incident of Charlottesville. It’s important to expand youth voice into the world for others to see how you care towards the society that surrounds you.
One sentence you wrote that stands out for me is: “He does not necessarily do a good job at making choices when it comes to something serious.” I think this is because you addressed what the change is coming from in which some may be afraid to point it out from who. It’s important to also try to always be specific as you can so people can be able to understand and get your point.
Another sentence that satisfied me was” Having to learn to make the right choices without trying to listen to others” This stood out for me because it connected towards what my life experience was growing up trying to make sure i wasn’t getting involved into any bad influence since i wanted to maintain a good perspective of life.
Your letter reminds me of something that happened to me when i was in middle school where people didn’t accept the ones who were not that popular while the unpopular ones wanted to fit in but there was always a disagreement and requirements needed to fit in. It was crazy in which people felt the need to be able to have friends or end up as a loner. The basic point here is that there is no need to be able to fight over or kill over unnecessary situations as how you mention Trump should not being a conflict with North Korea.
Thanks for your writing. I look forward to seeing what you write next because I know you have a strong potential towards expressing your thoughts.

Dear Erick M. :
I am proud of your letter, “Things that happen in America that are not always great,” because although it’s hard to share personal info you did a very good job trusting yourself and you really connect with the reader through your experience growing up as a teenager.
One sentence you wrote that stands out for me is: “ I feel like it’s not safe when hes charge also.” I think this is very strong because it reveals not only how you feel about the president but how many people feel in general.
Another sentence that I enjoyed was: “Some protesters didn’t like the fact that people were trying to stop them from removing a statue that represented a strong white man who was a slave owner.” This stood out for me because it informs the reader about why the statue was so important to the white nationalists and why counter-protesters wanted to get rid of it.
Your letter reminds me of something that I did in class.Two days ago in my English class with Ms. Paraiso I worked on publishing a letter in this exact website for other people to view.
Thanks for your writing. I look forward to seeing what you write next because hearing from other peoples perspective helps to attain knowledge about what people think about events happening in our everyday lives.