They Are People Too

Home They Are People Too 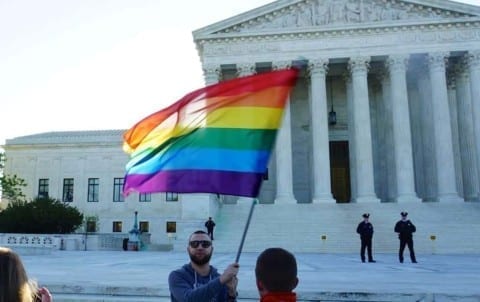 This political season has been very nerve-wracking in terms of candidates and their policies. While watching the news I always see the debates on tv between politicians about LGBT+ rights. There are some politicians who believe they are worth fighting for and some believe they aren’t like one person in particular mentioned in this article.  I wonder to myself about why is this an issue. After all they are humans with feelings the government should respect. The only differences are their gender identity and  sexual orientation. Why should that be of anyones concern? They should be able to marry, stay, and have children with anyone they choose. Everyone is different, no one person is the same. That is what makes the United States unique.

There is so much hate towards the LGBT+ community because they are “different”. They aren’t “normal”. Those two words are the reasons why there are hate crimes on the rise. LGBT+ community members just want to live a normal life like the rest of us but they can’t. They listen to abuse and they take bullets just because they are “different”. Why can’t this change? Why can’t people live together accepting everyones right to be happy? According to this article these are these are the changes we need in order to help the the LGBT+ society. The constitution does not state that being bisexual, gay, or transgender is wrong or a crime. The first amendment does state however, the freedom of press, petition, speech, assembly, religion offered to all citizens. These rights should aren’t denied to them based on their sexual orientation or gender identity.  People can express themselves however they choose under the constitution. The government is meant to protect the people not be against the people. They should find ways to help the LGBT+ community live safe and happy lives.