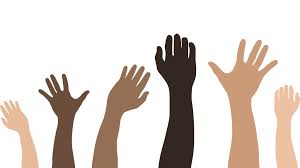 One of our American values is equality. Hidden Figures by Margot Lee Shetterly explores the fight of four black women for equal opportunity in the workplace. The book focuses on the lives and contributions of brilliant African American women who worked at NASA. They were Katherine Johnson, Dorothy Vaughan, Mary Jackson, and Christine Darden. As these women’s capabilities were recognized, they were gradually treated with respect by their white coworkers.The aeronautical industry needed more workers that could do advanced mathematics to be their computers, someone who checks the engineer’s calculations. Willing to hire anyone smart enough, NACA (later changed to NASA) provided an opportunity for brilliant black women to become computers. “They got to know the women by their work, requesting their favorites for projects, open to giving a smart person, black or white, male or female, the chance to work hard and get the numbers right” (Shetterly 47). At this time the main priority was to beat the Soviet Union, so the color of one’s skin became less important than one’s knowledge and work ethic.

When the black employees first started at NASA, they were segregated in substandard facilities, including the cafeteria and restrooms. This was a parallel to society at that time. Subtle rebellion popped up when a “Colored Computers” sign appeared on a lunch table in the back corner of the cafeteria. One of the black employees, Miriam, became upset by the sign. She would take it off the table, put it in her purse, and later throw it away. Then a couple days later a new sign appeared. Miriam continued to remove the offensive “reserved” sign until it never showed up again. This was the start of the journey for acceptance of minorities and equality in their workplace.

Not only were these great women oppressed because of their race, society also held them back simply because they were women. Katherine Johnson was given an amazing opportunity to go to West Virginia University to pursue a graduate degree. She was one of three black students and the only female. Katherine became pregnant and felt pressured to withdraw from the program to focus on domestic life. During this time, all women were highly discouraged from pursuing a professional career. Instead they were influenced by the media and society to become housewives. “The perfect mother was supposed to stay home and nurture so society would accept them” (Coob). It has taken decades for women to enter the workforce and be recognized as equal to their male coworkers.

Not only were black women discriminated against in the workplace but it was part of day to day life. They had segregated bathrooms and a separate building at work but still worked along with whites. In everyday life segregation was extensive, from separate housing to schooling to public facilities. Gradually things started to change due to the Civil Rights Movement. “Never doubt that a small group of thoughtful, committed citizens can change the world. Indeed, it’s the only thing that ever has” (Mead). Margaret Mead made this statement after observing cultures around the world and how cultures develop, and how change is brought about.

By acknowledging others who were never given a chance before, we were able to walk on the moon. As Americans we have to push ourselves to accept others and what they can bring to the table. That’s how our country grows. “We believe in equality for all, and privileges for none. This is a belief that each American regardless of background has equal standing in the public forum, all of us”(Jordan). I wonder what these women would think about the equality in America today. Would they be proud of what we accomplished or would they be upset that we haven’t done more about gender and race equality? These women are recognized as heroes, I wonder if they thought they would be so inspiring.