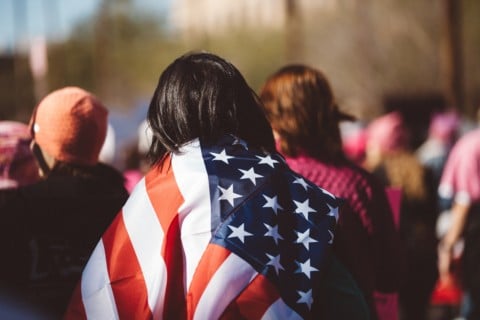 To me being an american means very little, Most would probably say they identify with the general traits associated with americans such as freedom and prosperity, however I believe that being an american is more or less just another label that means nothing as we could have been born in any country and would have most likely turned out very similar.

American culture has been many things throughout history, Certain American texts convey things about american culture such as: “my papa’s waltz” by Theodore Roethke, conveys that Americans in the 60’s are abusive and smell like whiskey or people could think that 1800’s americans were simple based on the story “little miss muffet” (unknown author) as it was intended for a young audience. However I believe that the most accurate description of American culture is that it is just like any culture and has had ups and downs but is making an attempt to do better.

In summary  I would like to say that American creed does not mean much in the general scheme of things however it conveys an importance on certain values and has rough patches and smooth patches.

Sherman, Alexie “Superman and me”.

Hi Ben, I completely agree and like your idea that being an “American” really does not have any meaning and is just a useless label.

Very interesting point of view, it opened up the way I perceived American culture.