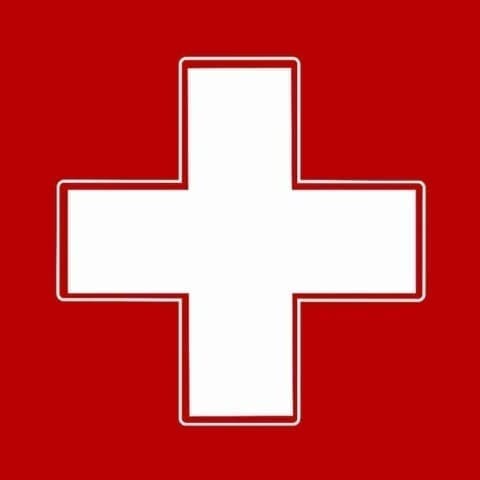 First of all, I  would like to say that I do not like you at all. Since you are most likely Donald Trump or Hillary Clinton, that is why I do not like you. I know that you aren’t going to get anything done and if you do get anything done, it will be done in order to make our country worse than how it already is. Both of these candidates talk the talk but don’t walk the walk meaning that they talk about how they are going to get all this stuff done but they do not follow through with what they say. And if they do get anything done, it makes up making our country worse. Because of this, and because the United States is capitalist and cares more about making money than their own people then most likely I feel that nothing will be done to remedy the issue of overpriced and underserved health care.

Ever since I was small, I always thought that the United States health care was good. I always thought that it was good because it meant that whatever health issue you had, as long as you had health care, that everything was covered. The United States’ system of health care is probably one of the biggest issues in our country that nobody seems to care much about. Healthcare is something that everyone needs but not everyone has and the people that do have it are insecure because there are many things that are still not covered even with health care. According to Wikipedia.org , Our health care system in the United States is mainly operated by the private sector meaning that large for-profit coorportions such as Kaiser Permanente are the ones providing us with health care but they care more about making money than providing a good health care service to their customers. We live in a country where everything is supposed to be by the people and for the people but that does not seem to be the case  I am sure that most people in the United States are unaware of how much worse the health care system here is compared to in other countries. It isn’t just a few small improvements that make those countries health care systems better but the improvements are so vast that they alone would make you want to move to those countries even if it is just for their health care system.

Canada. It is the country that people would want to move to if Donald Trump were to become president but I’m about to tell you another reason that might encourage you even more to move to Canada. You know how in the United States people complain so much about how they are taxed so much but see very little benefits from it. Well, in Canada, according to canadian-healthcare.org their health care system is socialized meaning that it is paid for by using tax dollars and they tax the people there similarly to how they tax people here except for the fact that in Canada the people don’t have to worry about not being able to afford a treatment or medicine because it is all free. Their health care system covers everything. By everything I do mean everything. There is no such thing as paying extra for pills or medicine that they need. Any disease no matter how complicated or how expensive it may be doesn’t matter because everything is covered by the system.  I watched a documentary called Sicko in which a man by the name of Michael Moore talked about how a man here in the United States lost two of his fingers in an accident and his healthcare did not want to cover the operation for the fingers so the man had to choose between saving his middle finger or his index finger. He ended having to choose saving his index finger because it was cheaper to have that operation done. The man making this documentary talked to people in other countries about how there are stories like this in the US and everyone he spoke to thought that he was crazy. In those countries, they would have put both of his fingers back on and for free. Also they inflate the prices of things so much that people are unable to afford it. 9/11 was a day that had many heroes. There were policemen and firefighters there during and after the towers collapsed. However, the people that didn’t receive the credit that they deserved were the volunteers that helped out simply because they wanted to. Those people, many of them became very sick because of what they inhaled and many also suffered from PTSD and you would think, maybe the government would give these people the attention they needed to compensate for their service but what did the government do, nothing. The government felt that because they volunteered and were not workers of the government that they didn’t deserve anything. There was a lady who volunteered during 9/11 that now suffered from breathing problems said that she didn’t receive any aid at all and that the medicine pills she needs costs 100 dollars for each container of medicine. They then went to Cuba and when they got there, they went to a drug store and that same medicine only cost a dollar. People here pay so much for healthcare but not everything they need is covered and meanwhile in other countries people don’t pay for healthcare and yet they have everything they need. Why should people have to be going to other countries to get the care that they deserve. The United States is supposed to be number 1 at everything but I guess that in terms of health care, it isn’t.

How is it possible that people can pay a ton of money so that their health care service can cover everything and still be denied the care in some cases. Also in the movie Sicko, there was a case in which a man’s wife was talking about how her husband had a form of disease and there was a treatment that the man could get but their healthcare company denied it because of the fact that the treatment was experimental. The man said that he wanted the treatment but the health care company denied it. The man ended up dying a few weeks later. How is it possible that the health care companies could be so stupid and deny something that could have saved a man’s life. How is it possible that we live in a country in which the prisoners at Guantanamo Bay, which is the place where the worst criminals, murderers, and terrorists are held have complete,free, best in class healthcare to all of the inmates. Our people deserve better but it doesn’t look like things will get better so if you could do something about this, that would be great.

Why do you not like Hilary clinten or Donald trump?